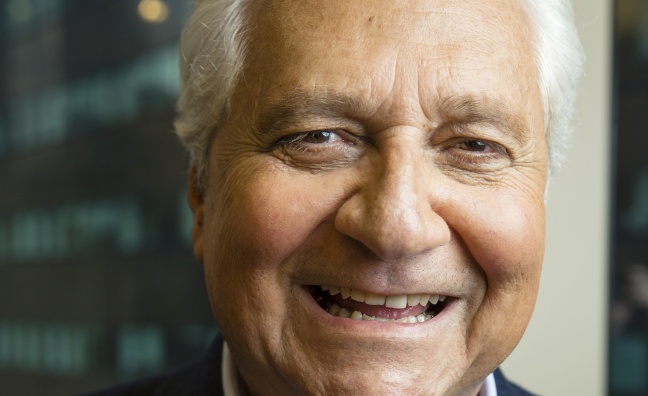 Sony/ATV Music Publishing has published or co-published the No. 1 song on the Hot 100 chart in the US each week for an entire year.

The uninterrupted run at the top of the chart comes as Sony/ATV songwriter Drake achieved a fourth week the top with Nice For What.

The chart-topping run involved Sony/ATV songwriters including Drake, Ed Sheeran, Taylor Swift and Cardi B, who was signed by the company and has just released her debut.

Sony/ATV Chairman and CEO Martin Bandier said: “This is an incredible accomplishment by our worldwide A&R team. At Sony/ATV we strive to be successful creatively on a global basis and the fruits of our labour are shown by the diversity of our songwriters who have been No. 1 on the Hot 100 over the past year.”

The 52-week sequence began with Despacito, which spent 16 weeks ruling the chart between May and September last year. It equalled the longest stay at No. 1 in the history of the Hot 100.

The track was replaced at No. 1 by Taylor Swift’s Look What You Made Me Do, which she co-wrote with fellow Sony/ATV songwriter Jack Antonoff. It was succeeded by Cardi B’s debut hit Bodak Yellow (Money Moves).

The run also included a six-week stay for Perfect, which was written and performed by Ed Sheeran, and two songs co-penned by Sony/ATV writer Louis Bell (Post Malone’s Rockstar and Camila Cabello’s Havana).

Drake completed Sony/ATV’s year at No.1 with back-to-back chart-toppers, God’s Plan (written by Drake and Matthew Samuels aka Boi1da) and Nice For What.