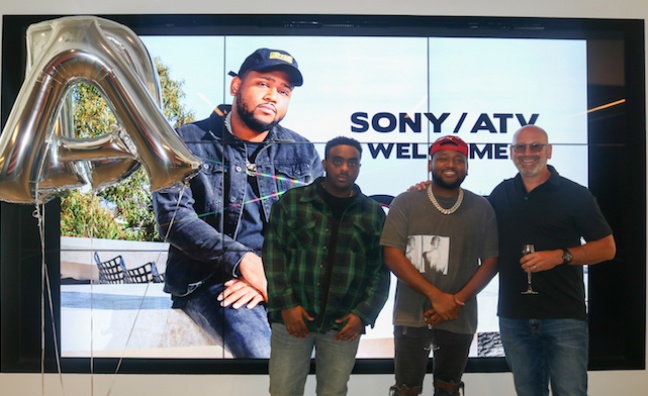 The new agreement takes Sony/ATV’s relationship into a second decade and covers his entire catalogue, including hits he has penned for Drake, Rihanna, Eminem, Cardi B. It also incorporates future works.

Speaking about the deal, Sony/ATV chairman and CEO Jon Platt said: “Boi-1da is a true phenomenon who has had an indelible influence on music and created an exceptional catalog of songs. The astonishing list of superstars he has worked with shows just how much he is trusted and admired among the artist community. We are proud at Sony/ATV to have been his only publisher and are excited to continue our incredibly successful relationship with him.”

Sony/ATV SVP, A&R Rich Christina added: “Ten years of success of this magnitude and consistency is a rare accomplishment. 1da is a true shining star in our family of extraordinary songwriters. I couldn’t value our personal and professional relationship more.”

Additionally, an official press release stated that “Sony/ATV and Boi-1da have signed a deal extension for their joint venture agreement Sam Fam Publishing."

Boi-1da said: “What a run it’s been. When I first met Rich Christina over 10 years ago, he told me that he envisioned many great things in my future and he assured me that he’d be right by my side along the whole way. My tenure at Sony/ATV has been nothing short of great. It’s been over a decade of us working together and they have not only helped my success as a producer, but have also helped me build a great venture as well. It’s been a great 10 plus years and I’m looking forward to another 10.”

Boi-1da’s manager Simon Gebrelul said: “I couldn’t be happier for 1da, Rich Christina, Jon Platt and all of Sony/ATV. Great company, with great people behind it. It’s a pleasure to be in business with them. Looking forward to a great run.”