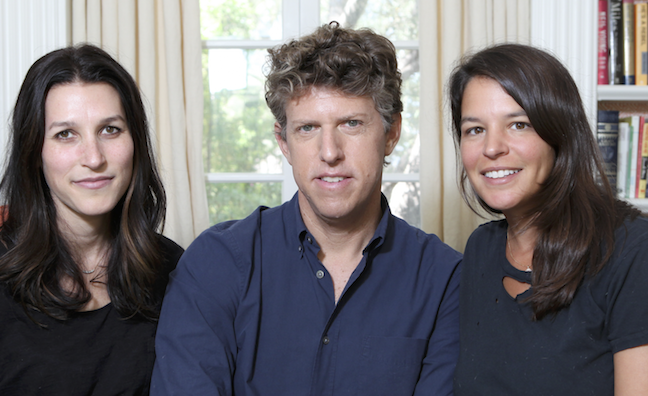 Sony/ATV Music Publishing has extended its worldwide deal with Greg Kurstin and launched a JV with him to sign songwriters and musicians.

The new long-term agreement follows his 2017 Grammy Awards including Album of the Year, Song of the Year and Record of the Year for his work with Adele. The songwriter, musician and producer scored a global No. 1 hit as the co-writer of Sia’s Cheap Thrills.

Sony/ATV has also launched a joint venture with Kurstin as a platform to sign new songwriters and producers. Its first new signing is songwriter, multi-instrumentalist and producer Wendy Wang. Songwriter Jesse Shatkin (Sia, One Direction) has moved across from Sony/ATV to the JV.

Sony/ATV Chairman and CEO Martin Bandier said: “Greg is simply the best at what he does. He is an incredible songwriter, a producer extraordinaire and has an amazing ability to discover and nurture new talent. I’m so proud to be associated with this great guy and can’t wait to see what he comes up with next.”

Sony/ATV SVP, co-head of West Coast A&R Amanda Berman-Hill said: “It has been such a great honour to have worked with Greg all these years because there is not a more humble, gracious and talented songwriter and producer in the industry. We now have the opportunity to develop songwriters and producers with him with the launch of our new joint venture, which is already off to a great start with Jesse Shatkin and Wendy Wang. We are so excited about what the future holds.”

Greg Kurstin said: “I have had a long and great relationship with the Sony/ATV team who have always been incredible supporters of my career. I have no doubt that they will give the same kind of backing to the songwriters and producers signed to the JV as they have given me.”

His manager Rachel Kurstin, of No Expectations, said: “Working alongside our team at Sony/ATV has been hugely rewarding and we have achieved so much already. So I cannot think of a better partner for this new joint venture, which I am confident will uncover many great new songwriters and producers.”