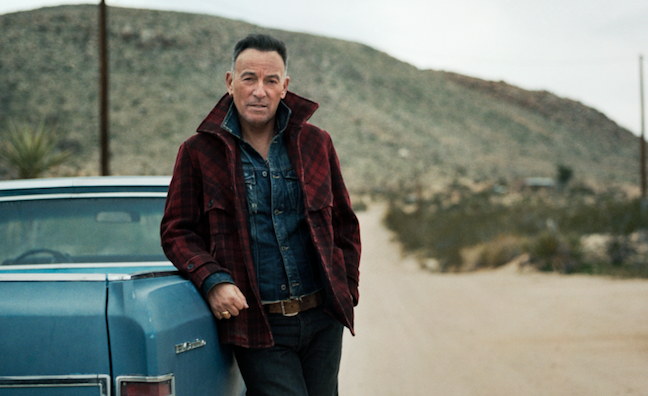 Sony Music Group has confirmed that it has acquired Bruce Springsteen’s entire recorded music and songwriting catalogues through separate agreements.

The huge deal was widely trailed in the US and there are reports that it was worth $500 million. It comes amid a boom in the market for songs.

The two agreements cover the recorded music and music publishing rights to all of Springsteen’s songs, including classics such as Born to Run, Born In The USA, Dancing in the Dark, Glory Days and The River.

Sony Music Publishing partnered with Eldridge Industries on the financing for the songwriting catalogue purchase.

Springsteen’s recording career with Columbia Records spans nearly 50 years and continues to the present day. He reached No.1 in the UK with last year’s Letter To You, his 20th studio album on Columbia.

Bruce Springsteen said: "I am one artist who can truly say that when I signed with Columbia Records in 1972, I came to the right place. During the last 50 years, the men and women of Sony Music have treated me with the greatest respect as an artist and as a person. I’m thrilled that my legacy will continue to be cared for by the Company and people I know and trust."

A member of the Rock and Roll Hall of Fame and the Songwriters Hall of Fame, Bruce Springsteen has garnered 20 Grammys, won an Oscar and a Tony, been named MusiCares Person of the Year, received a Kennedy Center Honour and been awarded the Presidential Medal of Freedom.