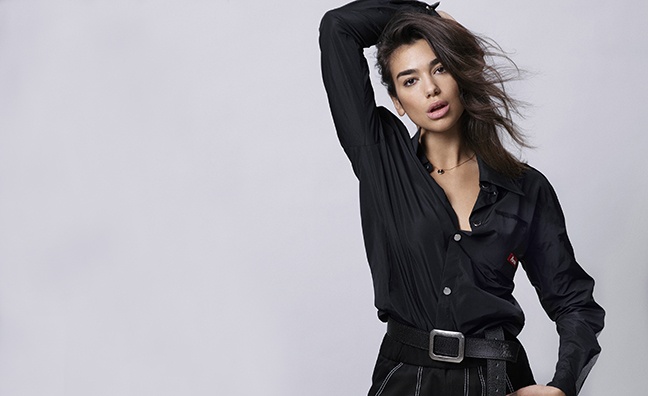 The American Society of Composers, Authors and Publishers has honoured songwriters and artists including Dua Lipa, The Amazons and Steve Mac at its ASCAP Awards London ceremony.

The performing rights organisation staged the awards ceremony at One Marylebone in recognition of successful songwriters, composers and performers in British music.

The ASCAP Founders Award – presented to songwriters and composers who have made pioneering contributions to music – went to Steve Mac in recognition of his global success and 27-year body of work. ASCAP president Paul Williams - who was recently interviewed about his songwriting career in Music Week - presented the award, while Mac was celebrated with an acoustic performance from his recent Rockabye collaborator Anne-Marie.

Accepting the award with a well-received speech, Mac gave three reasons for his songwriting success.

"Why am I here? No.1, I’m a lucky fucker!" he quipped. "Everything seems to be the right time and the right place and it has been throughout my whole career

"The second factor would be perseverance. I don’t give up, my team don’t give up. We go in every day, whether we want to or not. Even if it’s a crap day and no one came up with a good song, we always see the positive in what we do and take it on to the next day. We’ve done that for the last 26, 27 years and it seems to work."

"The third thing is obvious," he concluded. "And that thing is, I always choose to work with people who are much more talented than I will ever be. And it makes me look pretty good."

ASCAP Vanguard Awards were presented to Dua Lipa and The Amazons. The award recognises the impact of ASCAP members in shaping the future of music. Dua Lipa, who’s enjoyed No.1 success with New Rules and is the breakthrough debut artist in Q3, was presented with her award by ASCAP CEO Elizabeth Matthews.

After opening the ceremony with Junk Food Forever, The Amazons returned to the stage to collect their gong. ASCAP VP Membership UK/Europe Simon Greenaway presented the band with their award.

Jamaican singer Richie Stephens, whose Sail Away (Riddim) was sampled by Rihanna on Work, was presented with two awards from ASCAP EVP, Membership, John Titta — one for Song of the Year and another for Top Digital Song.

Last year’s ASCAP Vanguard Award recipient MNEK returned to the ASCAP stage to collect his award for Top EDM Song. The global hit Never Forget You was a collaboration with Zara Larsson.

British composer Joby Talbot won Film Score of the Year for his work on Sing.

Other ASCAP Awards London 2017 winners include: