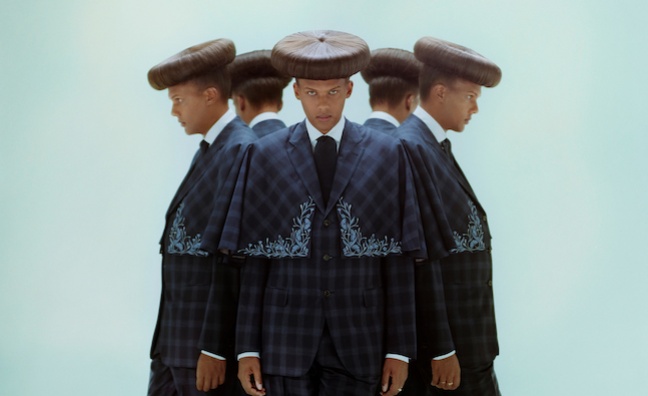 Mosaert is run by Stromae alongside his wife and brother. The label was founded in 2009 as a way of enabling Stromae to maintain greater artistic independence in his career, and oversees all aspects of his work, from songwriting to production, visuals to videos.

The agreement will see Warner Chappell Music, outside Belgium, represent Stromae’s catalogue including his writer’s shares of his albums Cheese, Racine Carrée and Multitude.

The deal also covers Mon Amour, Stromae’s new single featuring Camila Cabello, and comes as Stromae appears at a number of European festivals this summer and ahead of his latest worldwide tour, which kicks off in October.

Stromae said: “Mosaert and I are really thrilled to be joining Warner Chappell Music. This partnership will amplify our vision and help us to reach new possibilities. I’m looking forward to working together!"

Guy Moot, co-chair and CEO of Warner Chappell Music, added: “Stromae has consistently been one of the most exciting Francophone artists over the last 15 years. His innovative approach has always put a stylistic vision at the heart of how he presents himself, and that’s helped him influence and shape wider culture. So this is a really important deal for us and we can’t wait to get work worldwide promoting his songs.”

Matthieu Tessier, managing director, Warner Chappell Music France, said: “Stromae is a complete artist, whose unique creativity is expressed not just musically, but through his image and public appearances, his use of social media, creative video direction and even through his fashion design. I’m so excited to start working with such an inspiring talent who has influenced artists and songwriters around the world, and to start collaborating with Mosaert’s team. Representing one of the most important modern French language songbooks is a huge privilege for all of us at Warner Chappell Music and our different teams from around the world pulled together to get this deal done.”