'They are one of the most original new talents in the UK': Faber Alt signs Boy Azooga 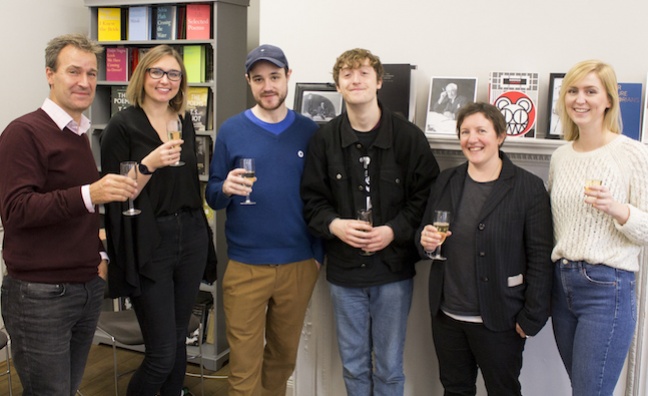 Boy Azooga are led by Davey Newington, the former drummer for Charlotte Church’s Late Night Pop Dungeon. He returned to music last year as Boy Azooga, with the release of the band’s debut single, Face Behind Her Cigarette.

The band released their debut album, 1, 2, Kung Fu, in June 2018. The record received support from both BBC Radio 1 and Radio 6 Music, with Boy Azooga performing live sessions for both Huw Stephens and Mary Anne Hobbs. They have also performed on Later… With Jools Holland.

Faber are such an amazing team, we’re really excited for the future with them

Having toured the record throughout the UK and Europe, last month the band triumphed at the Welsh Music Prize. Their debut beat fellow nominees Manic Street Preachers, Gruff Rhys and Gwenno.

“With live performances that genuinely excite and an already substantial, dedicated fan-base, Boy Azooga are one of the most original new talents in the UK today,” said Richard King, CEO, Faber Music. “We are thrilled to have entered into an exclusive, worldwide publishing deal with the band’s creative force, Davey Newington and look forward to building on his and the band’s already considerable reputation as we work closely together.”

“Absolutely over the moon to say we are doing publishing with Faber,” said Newington. “Such an amazing team, we’re really excited for the future with them.”