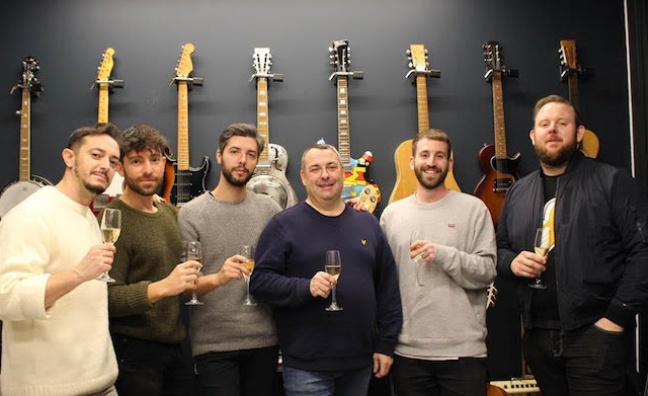 The producer trio are made up of Luca de Gregorio, Mattia Vitale and Simone Giani. A signing picture issued by UMPG was taken before the Covid-19 lockdown.

The act’s debut release Piece Of Your Heart was a global hit. In the year since its release, Piece Of Your Heart has now seen 600 million streams globally, selling a million units in the UK alone, peaking at No.2 on the Official UK Charts. The song was also nominated for the 2020 Grammy Award for Best Dance Recording.

UMPG UK MD Mike McCormack said: “It seems an eternity ago that Pete Simmons first played me Piece Of Your Heart and we signed the track. It subsequently went on to become one of the biggest global hits of 2019. The follow-up, Lose Control, was equally huge and shows that Luca, Mattia and Simone’s ability to write and produce an epic dance floor banger is unmatched. I’m delighted that we have cemented a longer-term relationship with them and their fantastic management team of Kevin and Serg.”

UMPG UK A&R manager Pete Simmons said: “I’m very happy to be sharing a dancefloor with the Meduza boys, as well as Kevin and Serg, and look forward to delivering strong creative opportunities!”

In addition to the agreement with Meduza, UMPG have entered into a joint venture with Box Music Publishing – a publishing company launched by Meduza’s management Club Class Music Group – to find and develop more rising talent in the world of dance music.