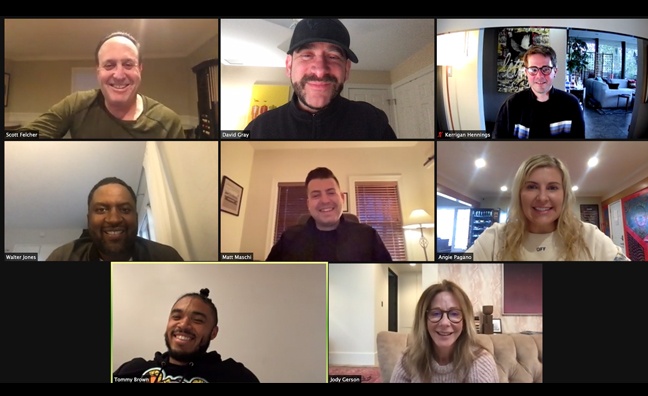 Brown has worked with a host of the biggest artists, including with Ariana Grande on all six of her studio albums – including executive producing her most recent No.1 album Positions (which has sold 128,071 copies to date according to Official Charts Company data).

Speaking about the deal, Jody Gerson, chairman and CEO of UMPG, said: “Tommy is the real deal. He is a top-notch songwriter and producer, and he is one of the best early identifiers of talent. I’m thrilled to welcome him to UMPG and look forward to having loads of success together.”

Tommy is a top-notch songwriter and producer, and one of the best early identifiers of talent

Brown added: “Thank you Jody Gerson, David Gray and UMPG. I’ve always had great long-term business with Universal and I’m happy to be joining the publishing family. UMPG is a first-class support system for creatives and I look forward to making history together.”

The agreement builds upon Brown’s relationship with Universal Music Group, who he partnered with in 2019 to launch Champagne Therapy Music Group.

David Gray, Co-Head A&R at UMPG, said: “I’ve known Tommy for years now and I am so impressed with the talented, creative producer he is today. I want to thank Jody and our UMPG team for their support. This is the beginning of what will undoubtedly be a successful and thriving partnership.”