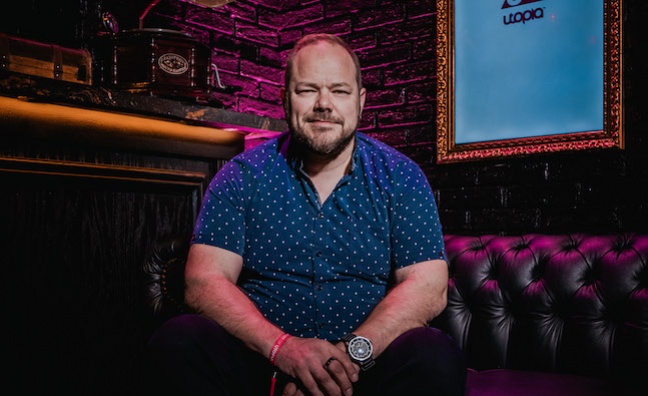 Utopia Music is to restructure operations and reduce staffing, Music Week has learned.

The plan was revealed to staff worldwide by CEO Markku Mäkeläinen (pictured) in an internal email, which Music Week has seen.

Many tech companies around the world - from Meta to SoundCloud - have reduced staffing costs in response to the current economic conditions.

Utopia Music has grown rapidly in the past two years, including acquisitions of Proper Music, Absolute Label Services and Sentric in the past 12 months. In response to the macroeconomic situation, the Swiss company has now shifted from a growth strategy to one of “profitable and sustainable growth”, according to the CEO’s memo.

Mäkeläinen said that savings now had to be made to streamline the business. He confirmed that the plan is to reduce workford costs by 20% globally.

“As we have grown via acquisitions tremendously quickly, we need to realise synergies, remove overlaps to make the Royalty Platform division leaner, and improve the velocity of our value creation,” Mäkeläinen told staff - known as “Utopians” - in the email. “We will continue to focus on becoming the definitive partner for royalty processing and payments in the music industry, mainly via financial services propositions.”

Utopia will now be reorganised into two main divisions.

Utopia Music Tech, led by Roberto Neri, will focus on the music industry and technologies for that sector. This division will include acquisitions Sentric, Absolute and Utopia Distribution Services, comprising Proper and Cinram Novum.

The second division, Utopia Royalty Platform - the data operations and research division led by Mäkeläinen in addition to his CEO role - will be subject to staffing cuts. The company will now streamline business support, marketing, business affairs and some of the product creation teams.

“I am personally accountable for the fast growth of the various parts of the organisation that scaled to focus the future growth projections,” said Mäkeläinen. “In other areas, we have built large teams that are either overlapping or are too large for today’s needs. There we should have had more controls in place. I am responsible for these decisions.”

The changes do not directly impact customers in the Utopia Music Tech Division. But Utopia is currently reviewing parts of its music supervision services and creator services units.

A Utopia spokesperson said: “Like many growth companies in today’s macroeconomic environment, Utopia is making changes to its internal structure to optimise the business. We’ve grown rapidly in two years, organically and through 15 acquisitions. Now, we’re realising cost synergies across these acquisitions and focusing on sustainable growth.

“These changes enable us to better serve the Music Industry and deliver Fair Pay for Every Play. Unfortunately, that means saying goodbye to some of our colleagues as part of this process. This isn’t a decision that was taken lightly and we greatly value the contribution of all our employees to Utopia’s journey so far.”