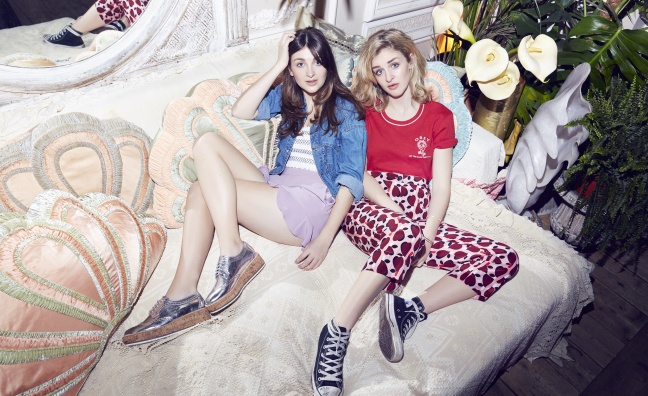 Hit UK country duo Ward Thomas have been confirmed to open London’s Country 2 Country Festival on Friday March 10 with a special afternoon performance on the Radio 2 Country Stage at 4pm. Access will be given to C2C ticket and wristband holders and is subject to capacity.

Speaking about the booking, Lizzy Ward Thomas said: "We can't wait to open this year's C2C festival! We've loved watching the festival grow since we first played the Pop-up stages in 2014, seeing more and more people attending the event each year, showing the growth of country music here in the U.K.! We are looking forward to another great year in 2017!"

In addition to this, Ward Thomas have announced that they have signed a three-album worldwide publishing deal with BMG. The group will now be part of a roster of artists and songwriters which includes: Jess Glynne, TMS, Blossoms, Joel Pott, Frank Ocean, Jack Savoretti, Ryan Adams, David Bowie and Rolling Stones.

“The deal encompasses everything, the first album they released, the second one and the next one as well,” Jos Watkin, senior A&R manager at BMG, told Music Week. “We really believe in them as artists.”

Ward Thomas made chart history in 2016 when they became the first UK country act ever to score a No.1 album with their second record Cartwheels. According to Official Charts Company data, the album has sold 75,029 copies to date, of which 55,578 were physical.

The duo are set to play a 22 date UK Tour throughout April and May.

For more information head over to the official C2C website.

You can read more about Ward Thomas' BMG deal in the new issue of Music Week.