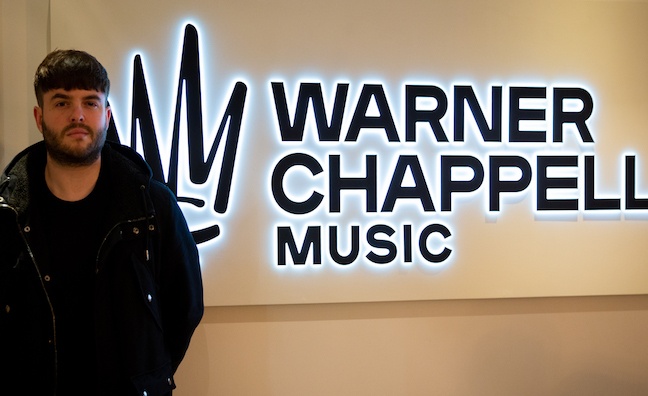 Ministry Of Sound exec Sam Lowe has switched to the publishing sector with a senior A&R position at Warner Chappell UK.

As revealed in the latest issue of Music Week, Lowe has started in his new role as senior international A&R manager. He reports to Amber Davis, head of A&R at Warner Chappell UK.

Lowe spent eight years at Ministry Of Sound – while it was an indie and then as part of Sony Music – as an A&R for the leading dance label.

“I’ve spent my career having ideas and taking them to producers, not just finding finished articles. When I started speaking to Amber, She was very interested in how involved in that process I’ve been. I’m really excited about the challenge.”

Lowe’s recent signing Ride It, by Regard, peaked at No.2 in the UK. It has more than 330 million Spotify streams.

While at Ministry of Sound, Lowe commissioned the large majority of the label’s remix output. He started his career running club nights as well as working as a producer.

Warner Chappell CEO/co-chair Guy Moot and COO/co-chair Carianne Marshall have recently spoken to Music Week about the new era at the publisher, including US ambitions for Dave and Stormzy.

“I’m really excited to work with Guy and Carianne and the new culture they’re building at Warner Chappell,” said Lowe.

To read the full interview with Amber Davis and Sam Lowe pick up the latest issue of Music Week - or subscribers can click here.