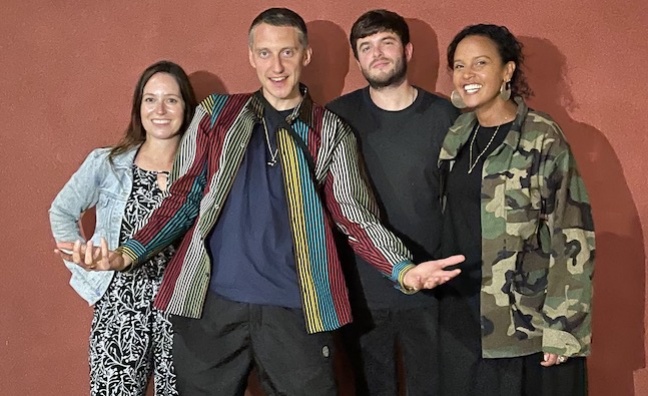 Amber Davis, head of A&R, Warner Chappell Music UK, said: “When Sam told me Toddla was potentially free for publishing I was over the moon as I’m a huge fan of his work – he’s been a staple of the UK dance and hip-hop scene for a number of years now. He has fantastic management with Helena Antoniades and his songwriting and production work over the last few years has been exceptional. I’m genuinely excited to see what he creates in the future.”

Sam Lowe, senior international A&R manager, Warner Chappell Music UK, added: “I’ve known T for many years in different capacities; his talent for producing and writing such a varied range of music, paired with his passion and ability to bring the best out of whoever he is working with is second to none. His focus and love for what he does is always evident, and I am extremely excited to be part of the next chapter for such a special individual.”

In 2019, Toddla T produced and wrote on Stormzy’s Heavy Is The Head.Most recently, he has produced for artists including Aitch, Anne-Marie, Avelino, Berwyn, KSI, Lady Leshurr, Miraa May, Mist, Sinead Harnett and Tia Carys.

He is currently sitting on the Radio 1 playlist with his own single Shaker, a collaboration with Sweetie Irie & Jeremiah Asiamah feat. Stefflon Don, S1mba.

Helena Antoniades, manager at Hale Artists, said: “The last few years for Toddla as a writer-producer have been fundamental to his career and now we are ready to step it up another gear with the brilliant team at Warner Chappell.”