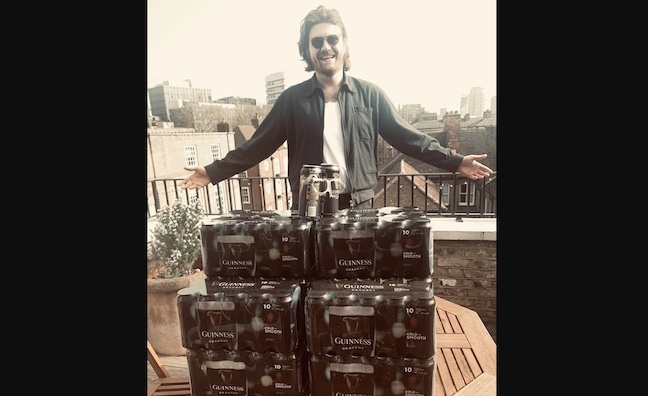 Known for his ability to cross genres with his songwriting and production, Counsell is currently working with new and established names including Fred Again, Mist, Pa Salieu, Florence Welch, Ellauro, Romy, Craig David and Burna Boy.

Through his artist and performance name Joy Anonymous, he has built up 250,000 monthly Spotify listeners, as well as a growing series of impromptu live shows at London’s Southbank.

“Someone with his level of skill and versatility is quite rare and the work Sam Ademosu and The Flight Club management team have been doing has been integral in his development, while Louis Curran from From Concentrate has been with Henry from the start and is a pivotal part of his career. Together we plan to set him up with the world’s biggest artists and writers.”

Sam Lowe, senior international A&R Manager, Warner Chappell Music UK, said: “Henry is just as comfortable writing a ballad as he is making a hip-hop or house beat. Not only is he an incredibly active writer and producer, who will create big hits for Chappell, but he is also involved in a lot of grass root development acts which will prove to be a great A&R source for us. I’m so pleased that we’ll be working with Henry going forward.”

Henry Counsell said: “Having started speaking with Sam [Lowe] during the summer last year, it became apparent that he and the team believed in what I had been doing all these years and felt my vision as a writer and an artist moving forward. We started working on such a varied amount of projects straight away and just clicked. Upon meeting Shani and hearing how her arrival as MD would open up so many doors outside of the UK, I knew Warner Chappell was the home for me!”

Counsell is London-based but originally from Adelaide, Australia. His genre-blending style comes from his eclectic mix of influences, which include Fela Kuti and Burial, The Streets, Sade and Paul Simon.

Counsell has been exploring the Latin and Spanish markets and has been developing this side of his production with Major Lazer’s Switch. He is a lifelong friend and frequent collaborator with Atlantic Records’ Fred Again.

PHOTO: Henry Counsell with his signing gift of 200 cans of Guinness