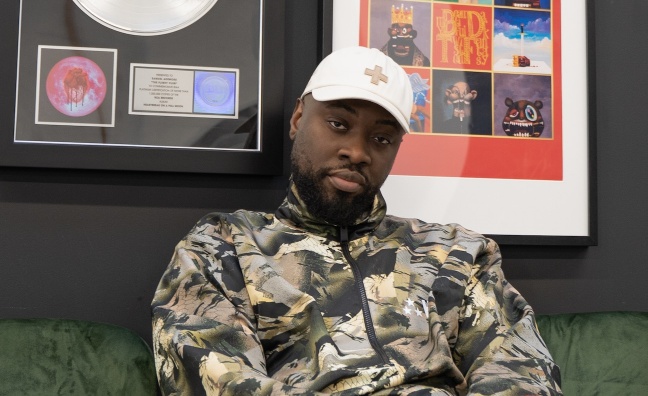 Founded by Samuel Ademosu (above), South London-based management agency, consultancy and record label The Flight Club is at the forefront of the new generation of Black music.

The new joint venture will see Warner Chappell Music handle the publishing for a portion of The Flight Club’s roster.

Ademosu is profiled in the new issue of Music Week, where he broke the news of the deal.

“We will sign things with Warner Chappell that we believe in,” he said. “We’re not here to sign loads, we have a select number of targets and will do what we do best for them. Our role is to identify things early and help nurture those creatives to become what they want to be. And that’s producers, writers and artists.

Details of the first signings under the new agreement are yet to be revealed, and Ademosu says the JV represents a step forward for his business, which was founded after a trip to LA and a chance meeting with then Warner Chappell Music boss Jon Platt, who is now CEO & chairman of Sony Music Publishing.

“The reason I like Warner Chappell is because even though they’re a major they behave like an indie,” said Ademosu. “They are thinking about you all the time and that is what made us want to do a deal with them. I think [MD] Shani Gonzales and [head of A&R] Amber Davis, who we did the deal with, are amazing people. They care about what happens with us and how we are building our business. It’s not just about the numbers, and that’s why I like working with them.”

Shani Gonzales, managing director, Warner Chappell Music UK, and head of international A&R, Warner Chappell Music, said: “The Flight Club has proven to be a hub for exciting, creative talent, and Sam Ademosu has been extraordinary at finding and developing world-class creatives. His global approach speaks exactly to what we continuously strive to elevate and build on here at Warner Chappell. The Flight Club has taken local writers and placed them alongside some of the world’s biggest names and, as a partner, we plan on helping develop and push them even further.”

Read the full feature in the new edition of Music Week, on sale now. Read our interview with Gonzales here.