On The Radar: Amber Mark 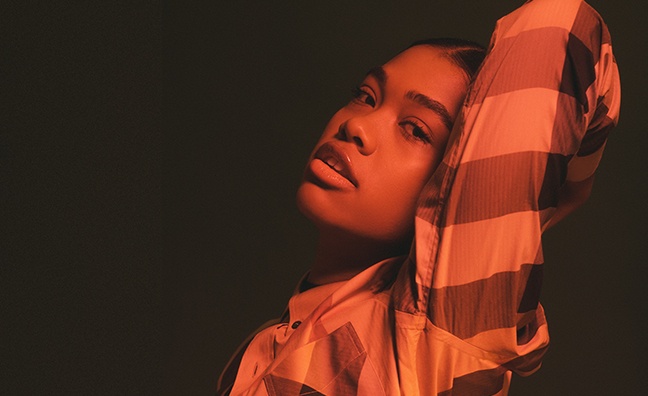 Amber Mark loves to watch cartoons. “I make sure I have lots stocked up on tour,” begins the singer, who’s travelling from Maine back to her New York home when Music Week drops by. “It’s kind of embarrassing because it’s a kids show on Nickelodeon, but I love Avatar: The Last Airbender.” Mark enjoys the fact that the show’s animated characters are able to control the elements, water, earth, fire and air. “I sometimes wish I could live inside it,” she says with feeling. For the record, the singer also has The Boondocks on heavy rotation. “Those are the two I like right now,” she says, before breaking into laughter.

All this is important, because travel has played a central role in Amber Mark’s life ever since she can remember, long before she began exploring her emotions via smoky, personal R&B songs. Her German mother, who died in 2013, was a painter, working in the Tibetan Buddhist tradition. Mother and daughter traversed the globe together, from Berlin to Asia, India and Miami, before Mark settled above her godparents’ New York restaurant during high school. “It helped me to try and make a home wherever I am,” says the singer, who believes her childhood prepared her well for life on tour. “It’s a little more lonely travelling as an adult, when I was a kid I had my mum, now it’s just me on my own, but there’s a certain beauty in trying to be comfortable by yourself.”

Signed to London label PMR, Mark is flying thanks in no small part to her ability to see the beauty in words and music. Working in her bedroom, she channelled the ’90s R&B and hip-hop she loved as a teenager into threadbare compositions, housing them on SoundCloud. Then, in 2016, Zane Lowe heard early single Space and, suddenly, Amber Mark’s name was being bandied around the music business. Released in 2017, her debut 3:33am EP dealt explicitly with her mother’s death. “The fact that people respond to the music and connect to it on another level doesn’t feel real,” she says. “Sometimes I feel like I’m dreaming. It’s exciting, hopefully it continues to grow.”

Last year’s Conexão EP featured a cover of Sade’s Love Is Stronger Than Pride, which the soul legend approved personally. With recent single What If boosted by a Love Island sync (“People in America are obsessed with that show too!”), anticipation is high for Mark’s debut album. “I didn’t know what was going to happen with my songs, I was doing this as a way of expressing myself and understanding my emotions,” she says. “People pouring their hearts out to me about the music is a big reason why I’ve been so honest and will continue to be. If it helps people then that’s a good feeling.”

Having come up writing and producing alone, Mark is now collaborating with others, but she admits she’ll always feel most comfortable by herself. “I still enjoy working on my own the most, but I’m not as afraid as I was a few years back,” she concludes. That’s all folks...