On The Radar: Cosima 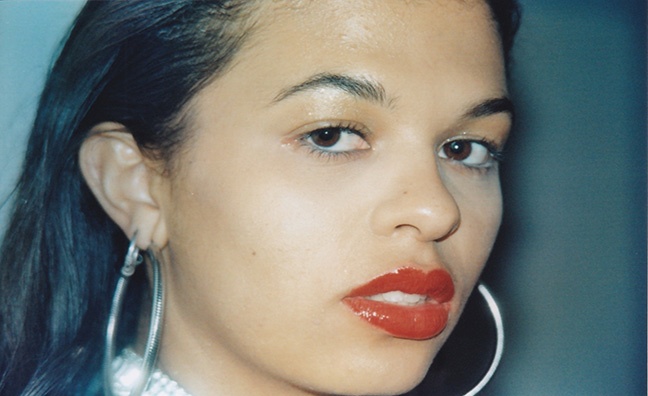 “With music it’s like, fuck it, if I’m gonna cry, I’m gonna cry.” Welcome to Cosima’s world. It’s an emotional place, where unkempt feelings lurk in dark corners, and that’s the way she likes it.

“I’m a very emotional person,” she says. “There are certain songs where, if I wasn’t crying when I was writing them then I probably didn’t need to write them. Music is a space to be uninhibited, if you need to cry, that’s totally fine.”

In conversation at least, it seems the 23-year-old from south London holds it together better than when she’s working.

It’s a freezing Monday morning when we speak, and she’s hidden away working on visuals to accompany her new South Of Heaven mixtape.

She’s spent most of the past two years in similar situations, holed up either at home or in America, writing songs, watching films and making videos.

It’s been a long journey of self-discovery, a chance handed to Cosima by Island and her manager Nick Shymansky, who used to represent Amy Winehouse. Put simply, they signed her and said, come back when you like.

She duly did. The release of debut single Had To Feel Something in July delivered not just smooth R&B, but a red-lit video, a voice that made you listen closer and an identifiable aesthetic.

“It’s been really important,” she says of the period spent uncovering her craft. “It was a nice way of understanding what kind of artist I want to be, what songs I want to write and also to develop as a person.”

A major part of that development centred on tackling sexist social constructs. “It’s important to give women the chance to put themselves into the world and show what it looks like to us,” Cosima says.

“We’re told what to think or how to be a lot. It’s not about being ‘smart’ or ‘sexy’ or ‘deep-thinking’ or ‘crazy’ type of woman… you can be all those things.”

Finding a deeper understanding of her singing voice was just as important.

A childhood in choirs had left her assuming she was a tenor, but classical lessons aged 18 in the countryside near her grandparents’ home in Swabia, south east Germany proved otherwise.

“The teacher told me I was a mezzo soprano! I love Jessye Norman, so I was very excited about that,” she says.

“It changed my voice in that it became very natural, I learnt it’s about not copying anyone else or straining to do things that don’t come naturally. I had to accept my voice.”

That acceptance led to a vocal that drifts and dips like cigarette smoke. Occupying the shady corners of

The idea is that the homemade visuals – drawn from moodboards of lyrics and photographs the singer cuts and sticks together by hand – make it more intoxicating. Music, for Cosima, is about escapism. “Having a world that goes with your music is key, you fall into another space.”

In 2017, she plans to pull as many people in as possible. “I wanted so badly to be an artist who exists,” she finishes. “Now, the real thrill is in getting to look at people and sing to them…”