On The Radar: Delilah Montagu 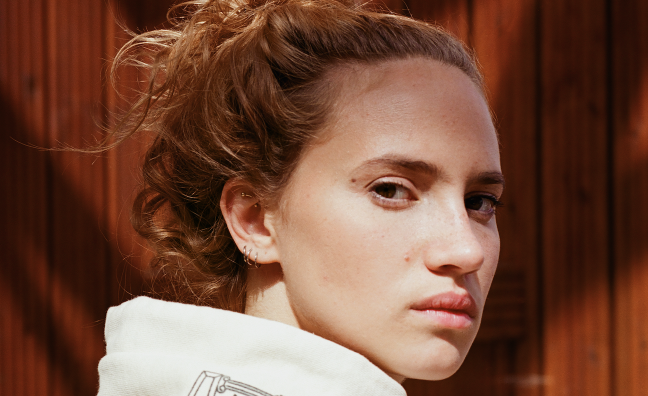 To say Delilah Montagu’s career trajectory has been unusual would be an understatement. After getting signed at the age of 19, the Hampshire via London artist ended up featuring on an international dance smash, Black Coffee and David Guetta’s Drive. “I was in the studio with my friend in Hackney and I got sent this demo,” she recalls. “They were like, ‘Can you sing this?’ They didn’t tell me why or what it was for. I felt so honoured to be a part of it. Going to South Africa and performing it was one of the most amazing experiences of my life.”

Defined by Montagu’s emotional vocal, the song has now been streamed over 48 million times, and her rising profile helped earn her a spot on Lady Gaga’s One World: Together At Home digital concert back in April. “I did it from my room and forgot anyone was even watching, that’s why my dog ended up getting on my bed with me,” she laughs.

Montagu started performing in her childhood home aged six, playing to family and visiting musicians. “The One World... show was emotional because I was there with my family at my mum’s,” she says. “It was a beautiful moment, like ‘I’m still me, this kid that’s just had beautiful opportunities’.”

While its maker might still feel like a kid at heart, Montagu’s new track Version Of Me channels the feelings of being a soul-searching 22-year-old into an evocative piano ballad adorned with tender vocals. “I realised that I’m allowed to just be honest,” she reasons. “Whoever I am right now is the version of me that I am. Getting signed so young, I thought I needed to have it all figured out, when I don’t. I’ve had people of all ages say they relate to it, which is really nice because it feels a bit less isolating.”

Montagu’s 2019 debut EP In Gold represented her more guarded teenage self, but after heading to LA to work with producer Robin Hannibal (Kendrick Lamar, Anderson Paak), her songwriting began a new chapter.

“I was really struggling to write about how I felt because I wasn’t confident,” she explains. “I wrote Version Of Me in a process of trying to unblock myself. Robin is my only collaborator now. He empowers me to be myself, writing down bits of what I say and then we piece it together. The way I write now is much more cathartic.”

The pandemic cut their LA sessions short, but the pair are still working towards her debut record from their homes, with Montagu interspersing the odd yoga session with lyric writing.

Montagu’s work draws from a diverse pool of influences, from Lizzo and Billie Eilish, to Joni Mitchell and The Gypsy Kings, but she says her childhood introduction to Leonard Cohen and Carole King resonates most.

“I remember going with a friend from school to see Leonard Cohen in Amsterdam when we were 14,” she smiles. “And Tapestry – which is my favourite Carole King album – my mum would just play daily, it soundtracked my whole childhood, really.”

Montagu seems as chilled as her melodies during our chat, but her closing remarks about empowerment show a thoughtful side. She’s striving to make impactful music, and reflects on competitive moments past, hoping she can now give power to other new voices.

“I had to learn through experience over three or four years, but I would have loved to have been told that I have a voice” she says. “Empowerment is really important, I want to help people who are struggling and I want people to feel empowered, especially women.”