On The Radar: Eves Karydas 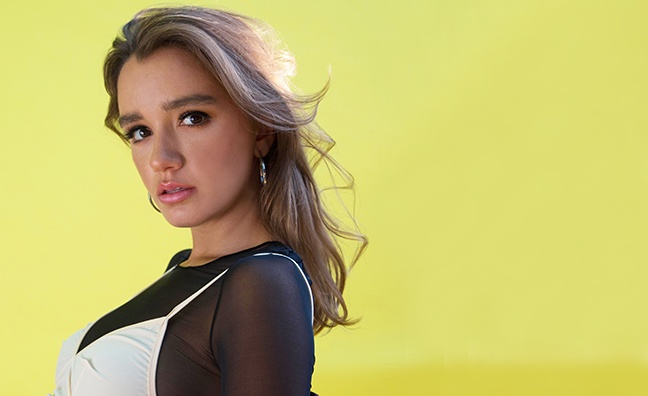 Two years ago, Eves Karydas travelled from one end of the world to the other with one plan in mind – to disappear completely. Releasing dark and chilly pop music and touring as Eves The Behavior had taken its toll on the then 21-year-old from Cairns, Australia. Working out of her Brisbane base, she’d supported Sky Ferreira and Courtney Barnett and enjoyed radio support at home. But Eves wanted to strip away that identity.

“I wanted to go off the radar completely, be completely anonymous and isolated. I’ve spent a long time plotting, to come at my music with vision and direction,” says the singer, who takes her name from her middle name, Evyenia. “I had this sudden clarity that everything had to be as real as possible. Eves The Behavior was a character of sorts, the songs were very dark and brooding.” A deal with Island, who launched Sigrid so successfully this year, helped facilitate the move, and Eves – who is alongside PJ Harvey, Nick Cave And The Bad Seeds and Mica Levi on the ATC Management roster – has spent two years writing and recording her debut album.

Her collaborators include Warpaint drummer Stella Mozgawa, Chris Zane (Passion Pit) and Sam Dixon (Adele, Sia). “The biggest difference is that two years have passed,” Eves says. “The album is about a sense of displacement and trying to figure your shit out… I’ve just about figured out enough to get by!” She concedes that the process has been “fucking hard”, but Eves can look back on her move as the “best thing I’ve ever done”. What’s more, she sounds thrilled about what’s to come. “I can’t wait for people to see me in such an unguarded way for the first time, I’m really, really stoked.”

As for what her debut album will sound like, brand new single There For You is a sign that Eves is heading somewhere poppier. Yes, it’s streaked with loneliness, but its neon chorus is undeniable. “I fully embraced pop,” she says. “I used to cower from it, I don’t know why, because pop is why I started writing music in the first place. It’s a very fun record.” It also promises to be an uncompromising one. With our conversation winding down towards how she’s still not used to the see-sawing British seasons, Eves suddenly sparks into a fiery tirade against manufactured pop. “I’m never going to try and replicate trends for the sake of sounding relevant. I’ve been in so many sessions where people will throw in dancehall or tropical sounds…” she says. “It’s not relevant to me, why even go down that road? I’ve had to be firm to make sure my music is relevant only to me.”

For some, bowing to what’s hot on the radio may well be how the pop world functions, but not Eves. She’s determined to stay out on her own. “Maybe not jumping on trends does me a disservice,” she offers before hanging up. “But maybe it’s good in the long term…”