On The Radar: Fenne Lily 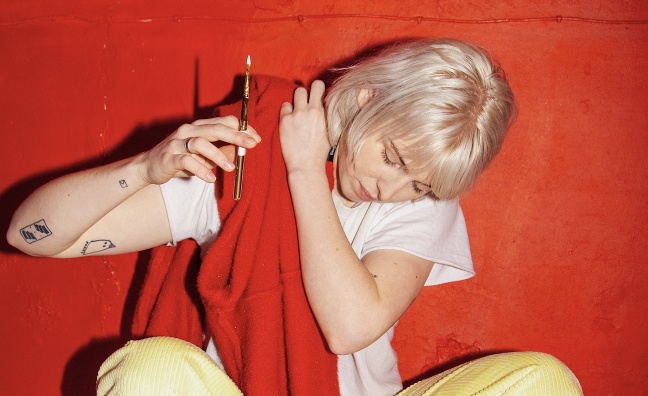 “Yesterday, in the corner shop I was paying and the guy said, ‘Are you interested in any flour?’ like it was some sort of secret contraband...”

Fenne Lily is recounting her latest lockdown essentials shop with a smile, suggesting that baking ingredients are as precious in Bristol as they seem to be in the rest of the country. Like most of us, the Dorset-born folk singer longs to venture further than the end of her street. Even though she’s just released another new song from her upcoming second album – her first since signing to Dead Oceans – we find her in a state of mild frustration.

“It’s pretty weird and kind of underwhelming,” she says. “As much as it’s nice to have music out, it’s better to be playing it. Every time a song comes out I get a bit more sad that I can’t play it [yet].”

The 23-year-old’s latest offering, To Be A Woman Pt 2, is imbued with a restless fury that reflects a desire to break free. Following the dreamier Hypochondriac, which came out in March, it’s the second of two standalone tracks that signal a change of pace from the hushed tones of her self-released 2018 debut On Hold, which became something of a streaming sleeper hit.

“I needed to stay away from fetishising pain, to make something from a different place so that bad things didn’t become inspiration as much as living life,” says Lily, who made her still-untitled second record in Chicago between tours.

I needed to stay away from fetishising pain

On Hold was chock full of break-up songs, and Spotify pick up (Lily has almost one million monthly listeners on the platform) helped it spread like wildfire and earned her a Universal Music Publishing deal. YouTube covers became commonplace and her lyrics appeared – sometimes incorrectly transcribed – online. That used to irk the singer, but she sees things differently now. She’s been digging through her old diaries in isolation, finding “proof of my hatred of the music industry”. But that stance, too, has softened.

“I’ve really noticed changes in myself, oh that sounds so Gwyneth Paltrow!” she laughs. “I wrote those songs when I was 15, 16 and 17, feeling really alone and vulnerable and not thinking anyone would hear them. I’d play them to a room of people, meet some of them afterwards and realise that a lot of them were me when I was writing those songs.

“I toured with Dodi, and kids told me the songs had helped them through stuff. At first I thought they were bullshitting, but then I took a step back. Sometimes it’s overwhelming to be doing a job where my inner workings are being presented for entertainment.”

Now, though, Lily has got her head around the idea. And the prospect of fresh material is enticing.

“I’ve realised I was quite naïve when I made my first album,” she says. “So it will be nice to add another footprint and be like, ‘I’ve grown up a little bit and different things are important to me now.”

Lily says the new record is “more about other people and myself, not the people who’ve dumped me”, and found writing it more therapeutic than first time round because she set boundaries for herself. In stepping away from heartbreak, she’s hit upon a new way to document life, and concocted a fuller and more abrasive sound to match. The thrilling result encapsulates a blossoming talent. Little wonder then, that she can’t wait to release it.

“I don’t know if excited is the word,” she finishes. “It’s almost like I’ve been pregnant for a really long time and I’m finally having ?a kid...”