On The Radar: Gracey 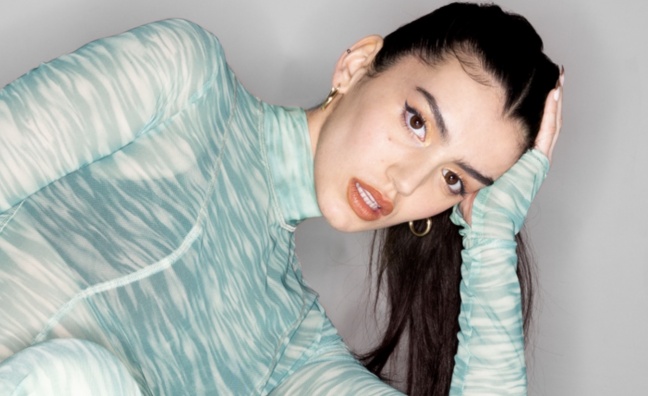 Gracey’s 220 Kid collaboration Don’t Need Love was a Top 10 smash and landed her a BRITs nomination. Here, Music Week gets up close with the “pandemic pop star” whose time is now...

As a framed silver disc adorning her Kentish Town bedroom glints in the sun, it’s plain to see who the next pop sensation will be. Gracey gives off the energy of a cool and collected 22-year-old, but her success already sets her apart. From working with Rita Ora, Rina Sawayama and Craig David to scoring a BRIT nomination and two million monthly Spotify listeners, Gracey – real name Grace Barker – has already had a career most only dream of.

It all began in 2012 when the singer joined the star-making factory of the BRIT School, where she gained the confidence to record short songs with her guitar on voice memos and upload them to SoundCloud. “Being around [those] people and seeing how hard you have to work was really inspiring,” she says. “The BRIT School teaches you really good morals. It’s where I really learned to love and respect being unique and everyone being different.”

And those SoundCloud demos soon paid off when she was spotted by Xenomania’s Brian Higgins, who took her under his wing at 16 to go to what she calls, “songwriting school”.

“Originally they wanted me to be in a girl band, but I was obsessed with this idea of being a songwriter and trying to be Sia,” she laughs. “I didn’t write lyrics, I just did melodies after school for three hours on a Friday, every week for six months, and that was kind of how I got my in.”

Fast-forward two years, and Gracey earned her biggest songwriting credit yet on the Top 20 dance hit By Your Side, with Jonas Blue, which quickly went platinum (668,336 sales, OCC). While BRIT classmate Raye is the vocalist, Gracey had considered singing the song herself. “I needed a bit more time to develop, know who I was, and what I wanted to say,” she explains.

To help her figure out who she is as an artist, Gracey looked up to the likes of Sia (“I knew what she was saying because of the way she sung it, it was quite theatrical”), Julia Michaels and Sasha Sloan. But it was Lorde and her debut Pure Heroine that changed the way she thought about pop music forever.
“I was like, ‘Oh, she’s young and she’s really poetic, and artistic.’ It made me feel like pop music didn’t have to be [made by an artist] wearing a tiny short dress because I didn’t feel that way,” she says. “Billie Eilish has done it again recently, where she’s just being honest, her most authentic self.”

That honesty was what Gracey had been searching for so, when the time felt right, she dropped debut melancholic pop ballad Different Things in 2019, followed up by her debut EP Imposter Syndrome. But after relentless songwriting sessions every week for three years, she needed vocal nodule surgery which, she feared, would end it all.

Music is such a huge crutch for me. It’s got me through really weird times in my life

“Music is a huge crutch for me and it’s got me through really weird times in my life where I feel like I probably would have lost myself a lot more if I hadn’t had the therapy of writing a song and the structure of my passion,” she says. “It’s been such a drive, so to have that not there was a real mind-fuck.” The aftermath meant a cancelled tour and a three-month singing ban. “I just felt like I really fucked up, I was in a very bad mental state for a good six months after that.”

But Gracey is “weirdly thankful” for that time, as without it she believes the biggest hit of her artist career would never have happened. Don’t Need Love with 220 Kid was the breakout song for both newcomers, offering the ultimate uplifting lockdown hit that scored them their first BRIT Award nomination for Best British Single. “It’s crazy, I still get really emotional about it,” she beams. “Baby steps – maybe this year I’m nominated and maybe another year I’ll win!”

The track peaked at No.9, sold 654,968, and has been streamed more than 64 million times, not to mention the fact it is her first platinum hit with her name front and centre. With the success coming one year after her surgery, Gracey was overcome with emotion. “It was the best day of my fucking life!” she enthuses. “It’s a huge learning curve that even if it feels shit and you’re in a bad place, your whole life can be different in a year.”

Brighton-born Gracey surprised fans in last November’s lockdown with the release of her debut mini album, The Art Of Closure, via Polydor. “I finished all of those songs during that time,” she reveals. “They were my journey of the last year.”

The label has proven to be a perfect match for the rising star. “I love Polydor,” she praises. “They have been so patient with me. My A&R always says he signed me because, ‘You can write a good song and you’re funny!’”

Now she’s back with another pop banger. Got You Covered is a feel-good club anthem dedicated to her friend going through a hard time.

“I wanted it to feel like something that you could scream and grab your mate to in a club on June 21, and just spread good energy and good vibes, because I really felt like that’s what I’m craving in music right now,” she says.

The track sees her team up with duo Billen Ted, the producers behind Don’t Need Love.

“220 Kid and Billen Ted feel like my little squad, we’ve all kind of had our first hit together,” she says. “Billen Ted have been working a lot behind the scenes on some of my upcoming music. We just understand each other to the point where we’re really good mates. They’ll be drinking their Neck Oils and I’ll just be vibing away on the mic.”

The “squad” has also had their joint hit Don’t Need Love blow up on TikTok with over 32,000 videos. But what does Gracey think of the team’s divisive Wellerman (Sea Shanty) remix?

“Good on them for spotting an opportunity and running with it,” she grins. “If that’s not the most pandemic thing I’ve ever heard, I literally don’t know what is. We are the gang of pandemic pop stars!”