On The Radar: Kara Marni 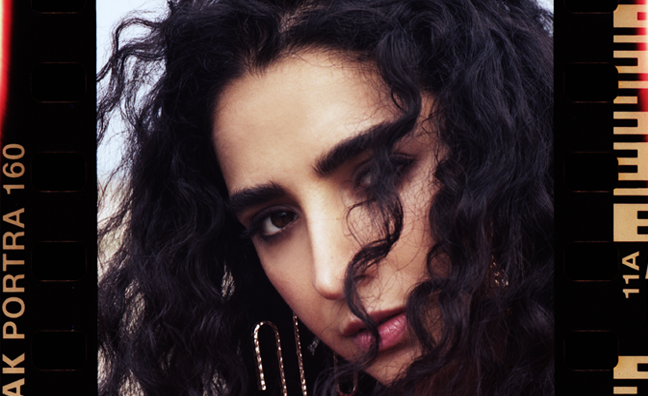 Not many teenagers rush into school in the morning raving to their friends about Minnie Riperton, but that’s precisely what Kara Marni used to do. Growing up in North London, Marni was turned onto Riperton and soul legends including Diana Ross and Roberta Flack by her parents’ record collection. Now aged 20, the former BRIT School student is pouring all she learned from those stacks of vinyl into her own music. “I was the only one at school going, ‘Have you heard [Riperton’s] Perfect Angel album? It’s so good!’” Marni tells Music Week. “My friends were like, ‘Who’s that?’”

Eventually, the singer did convince a few friends to check out the music of Riperton, who sang Lovin’ You in 1975, and was a famous proponent of the whistle register, the highest register of the human voice. “That was definitely a defining point for me,” Marni remembers. “Minnie inspired me to do that. I apologise to my neighbours, but I needed to nail that whistle.” Once she had, Marni set about establishing herself as an intriguing new voice via recording reworked versions of tracks by artists including Lauryn Hill and Sade. “While I was getting my own music ready, I wanted to share something that was a part of me,” she says, excitedly steering the conversation towards her soul-soaked R&B jams.

First Access Entertainment soon took Marni on, and have been helping nurture her ever since, securing shows with Rita Ora and Ray Blk, and sessions with The Invisible Men (Zayn, Ora, Ellie Goulding) and Sebastian Kole (Alessia Cara, Jennifer Lopez). The fruits of their labour will soon become apparent, with Marni’s debut Love Just Ain’t Enough EP due next month on Access Records. Recent singles Golden and Curve will be part of the seven-track collection. “I literally cannot wait to share it, it’s been a while working at my writing,” she says. “It just feels like all my emotions are in there, like a little diary.”

Marni, who dropped out of BRIT School because “the competitiveness was quite toxic”, has enjoyed finding her voice. “I definitely feel like the more you write, the better you get,” she says. “I don’t believe that you just wake up one day and write a song.” Marni is learning the ropes as a live artist (“Seeing people’s reactions is magical”) and is looking forward to hitting the road with Ora and former BRIT classmate Raye in May. More magic moments surely beckon.

“Music is my life, it’s everything I am. It’s a bug now, I won’t be able to stop any time soon,” she finishes. “Performing is a massive high you can’t really explain.”

Who knows, perhaps Kara Marni’s name will be ringing around classrooms everywhere before too long...