On The Radar: Kojey Radical 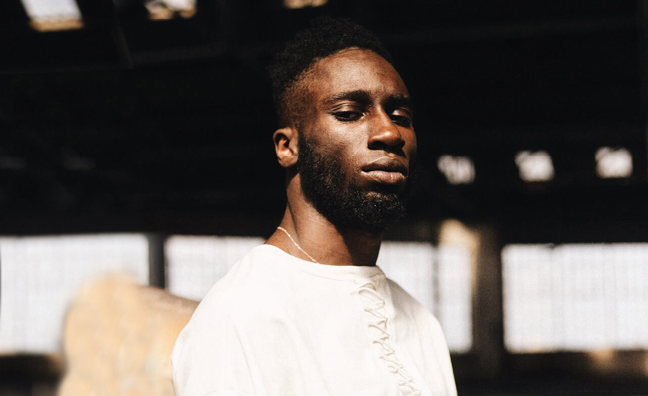 Kojey Radical is out for breakfast. His is a fry-up with no mushrooms, and a carrot, apple and ginger juice, if you’re asking. He uses the minutes before his food arrives to fire a scattergun flow of opinions, grand statements and erudite arguments in Music Week’s direction. There’s no filler where Kojey Radical is concerned. The best way to know the 24-year-old, who grew up in East London as the son of Ghanaian immigrants, is to explore his music. A mix of rap, spoken word, snatched melodies and beats, it examines issue around race, politics and society, drawing from its author’s experience. ‘You think I give a fuck about a genre?/I’m still trying to send my parents back to Ghana’, he rasps on Footsteps, the lead track on 2016 breakthrough project 23 Winters. ‘Apologies don’t do much to cover bruises’.

The mind behind the music is currently whirring hard, with new single If Only coming as, “the introduction to a wonderful world that people might not be ready for”. Kojey gratefully acknowledges his growing fanbase – who regularly call him ‘King’ – but says his upcoming output may shock them. “Always expect the unexpected,” he warns, with a throaty laugh. “I’ve grown, and there aren’t many restrictions, I’m thinking ahead in terms of where sound is and where conversations might be moving.” As he fine-tunes his sonic approach, Kojey’s lyric sheets are blotted with emotions, inspired by “having to keep up a masculine veneer, mental health and the way you look at the world – the intention is empowerment”.

Acclaim is building fast and, as an artist whose past collaborators include Ghetts and Ray Blk and who treats his work in film and fashion with equal importance, Kojey is excited about what’s next. “I’ve been around the industry for three years and I purposefully put myself around those who others respect,” he says. “I’m a contributor, more than I’m a rapper, or singer. I want to contribute to music until I’m dead, whether that’s rapping, singing, poetry, freestyle polka or accordion playing…”

Still unsigned, Kojey recently started working with A-List Management (Wiley, Elderbrook) and his creativity is supported by unshakeable independence. “I don’t talk to labels,” he says, explaining that he’s rebuffed all interest so far. “Aspiring to be a puppet isn’t really the way, you’ve got to enter these conversations with leverage.” Signed or not, Kojey Radical just doesn’t seem bothered, and is already planning to expand his upcoming Endless night at London’s Jazz Café into a festival. “The age of artists supporting artists is upon us,” he says. Really, Kojey is here as a documentarian, and if he can inspire others to push for change, he’ll be happy.

First, though, breakfast. “My only responsibility is to keep creating,” he says as his plate arrives. “It doesn’t matter what people expect...”