On The Radar: Kurupt FM 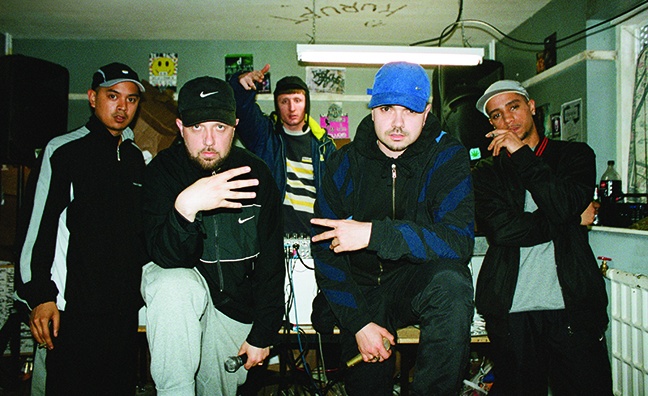 We had to let quite a few people down - all these other labels, we’ve pretty much made them bankrupt for not going with us, you know what I mean?”

Through the fug of smoke that apparently defines his daily routine at Kurupt FM’s Brentford base (“Just a lot of blazing, keeping myself inspired”), MC Grindah is looking back on the supposed bidding war that led to his UK garage crew signing to XL Recordings, a deal announced in Music Week in September.

A self-professed major figure on the scene, he recently hooked up with a rapper who found fame on the label.

“All Dizzee said was, ‘Keep doing what you’re doing, I can’t give you any advice because you’ve already smashed everything,’” he says.

Kurupt FM have certainly made their mark. Their pirate radio station of the same name has been documented in the BBC’s BAFTA-winning series People Just Do Nothing, not that Grindah can see the joke.

“I’m not really into comedy, I’m a serious MC out here and I speak about my own experiences, my life,” he says. Explaining that “every day gives me inspiration,” he proves his point by spitting bars that borrow from Craig David’s 7 Days. Yet Grindah suggests it’s David who’s benefited from the support of Kurupt FM 108.9.

“We found out he was out in America working in a juice bar,” he claims. “I pretty much single-handedly brought him back.”

Grindah also had a go at improving Ed Sheeran for Comic Relief  (“no one’s going to listen to that campfire shit”) and Post Malone.

While Kurupt FM have the right branding deals (“they basically just dash bare trainers at us,”) it hasn’t done much for their work ethic.

The blaring beats and braggadocio of Suttin Like That (“Garage is back! Craig David is back!”) ruled during October’stwo-night takeover of London’s Roundhouse, featuring special guests Mike Skinner, Ghetts and AJ Tracey.

What’s more, Grindah promises “new tunes” are on the way.

And success has the added bonus that Grindah may get a bit more time in bed during filming of the next TV series.

“They make us wake up at 8am to come filming, and tell us, ‘Oh just live your life how you would normally,’” he complains.

“Well, I wouldn’t usually be up, so that’s mental for a start. If I could push it back to 9am then we’ve probably got a deal, so yeah watch this space...”