On the Radar: Ms Banks 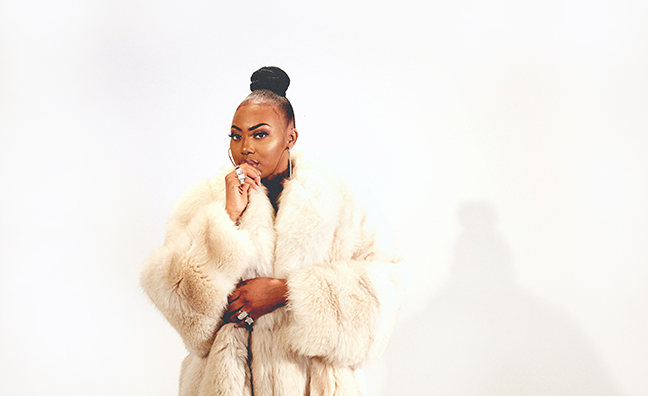 Ms Banks has just woken up, and she’s full of fire. Slightly husky after a late studio session, the South Londoner is hours away from launching new single Come Thru when Music Week drops in. It’s taken from forthcoming EP The Coldest Winter Ever, named after Sister Souljah’s 1999 novel about the hardships of growing up in Brooklyn, New York. “A lot of the EP is about heartbreak, overcoming and empowerment,” begins the 23-year-old, real name Tyra Banks. “It’s overcoming battles, stereotypes, abuse, lack of education… So much stuff you experience growing up somewhere like I did. I’m coming from nothing to something, that’s the message I’m always trying to share.”

This year, Banks plans to widen her impact far beyond Camberwell. After a now legendary Fire In The Booth on BBC Radio 1Xtra in 2016 and a string of banging singles, she received a fillip from an unexpected source in December. Vocal Twitter support of her verse on Stylo G’s Yu Zimme from Nicki Minaj was a welcome bonus for an artist who’s drawn strength from female artists since her mum bought her Britney Spears’ Britney in 2001. “It’s a great leg up!” she says, breaking into a cackle of laughter. “I’m a massive fan - her success, the records she broke, she had a quirky character that hip-hop wasn’t really used to before. She’s been the biggest female rapper for years and has definitely opened doors. In that sense I would love to follow in her footsteps.”

Banks, who’s still unsigned but has “lots of labels at the door”, believes her combination of smart, punchy rhymes and glossy melodies will enable her to do so. Dreams of selling out the o2 Arena are boosted by her agent, Rebecca Prochnik, a scene legend whose client list also features Boy Better Know, Skepta and AJ Tracey. Banks’ personality alone is a bulldozer inching towards the doors of the pop establishment. “You’ve always got to be strong because sometimes the game can be a bit hard,” she says. “It’s important to be you, that’s strength in itself. People can only resonate with what’s real.”

On The Coldest Winter Ever, Banks is aiming to connect with women everywhere, in the same way Minaj did. “I feel like the men understand me, but I want the girls to be able to feel me,” she says. “One thing Nicki Minaj always did for me was make me feel powerful, when I felt like I couldn’t deal with the world, she would get me prepared to take everything on, that’s what I hope my music does for girls.” Banks adds that the industry’s tendency to allow female rappers to “go under the radar” has stoked her fire even more. “It’s made me hungrier, more of a beast,” she concludes. “I’ll keep making great music, spread it as far and wide as I can and let people know I’m here to stay.”