On The Radar: Rina Sawayama 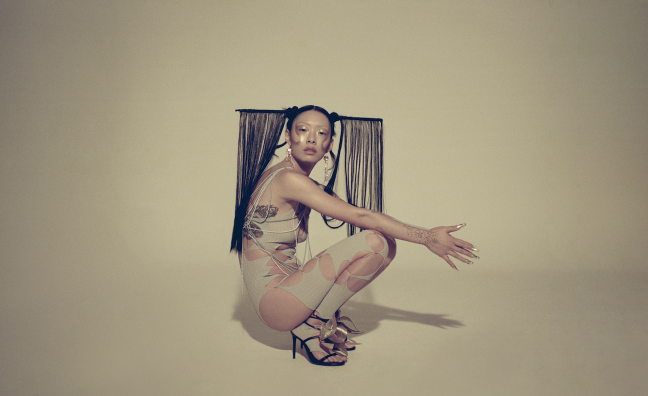 I hope people don’t expect me to get this deep every time. I don’t know if I can do this much mental and emotional digging again, but we’ll see...”

Rina Sawayama is reflecting on the making of her debut album, which was quite some undertaking. Out now on Dirty Hit, Sawayama uses the singer’s surname for its title and explores her identity and family history over a hurricane of pop choruses, giant beats and chainsaw guitars. Rina’s dad’s work took the family to the UK from Japan when she was five and, after uprooting, her parents’ marriage broke down, ending when she was 18. Until she was 15, Sawayama shared a West London bedroom with her mother, whose voice features at the close of a neon-hued sensory assault that, over 13 tracks, nods to Britney Spears, Rihanna, PC Music, Limp Bizkit and many (many) more. With her 30th birthday coming this year, Sawayama has made an intense, searching and explicitly personal debut. So, how does she feel now it’s done?

“Oh God, I don’t know!” she answers. “It’s the only thing I’ve been listening to for the last couple of months, now I have to promote it on Instagram and piss people off by talking about it all the time! [Laughs] It feels really good, I’m very confident, and if people don’t like it, that’s fine. Selfishly, it’s been very fulfilling.”

Sawayama says she’s closed a chapter on a part of her life in much the same way that her 2017 EP Rina dealt with anxiety surrounding social media. With the ink drying on a Universal publishing deal, her maximalist musical vision is now taking shape. After working hard (“My A Levels were stellar!” she laughs) to win a place at Cambridge to study politics, psychology, and sociology, Sawayama played in bands, at one time alongside Wolf Alice’s Theo Ellis, now a labelmate. But she truly found her sound after meeting artist and producer Clarence Clarity, who shares her bombastic tendencies.

“I hate the phrase ‘guilty pleasures’, but it was like, ‘Oh yeah, you want to scream at the end? Let’s do that!’ It was very freeing,” she says. “Pop and music from the 2000s is everyone’s guilty pleasure, but it’s the music I grew up listening to. I don’t think we should feel guilty about the things that make us happy.”

Such emancipation is at the core of Rina Sawayama’s music. “My mum and I couldn’t afford not to rent my room, so we had lodgers,” she says. “It was a struggle of being too close to someone, you end up becoming their best friend, sister, kid, mother... Everything. I wanted to protect her, but she also represented so much of what I didn’t want to be, so I was pushing her away. The album is me trying to find a narrative between two parents, two countries. Finding my happy medium while making it really dramatic.”

And there’s plenty to chew on. The juddering Paradisin’ was conceived to sound like a computer game, with Sawayama being chased by her mother. The singer’s years at Cambridge (“Did I find myself? No, I lost myself!”) means she can now channel her academic flair into music. These are pop songs with footnotes.

“There are lots of talented musicians there,” she says. “Clean Bandit were there when I was, I watched them blow up thinking, ‘What the fuck?’ I should have joined, shouldn’t I? I think about that every single day!”

Sawayama cracks up and our interview dissolves into laughter. It’s her turn to blow up now...