On The Radar: The Japanese House 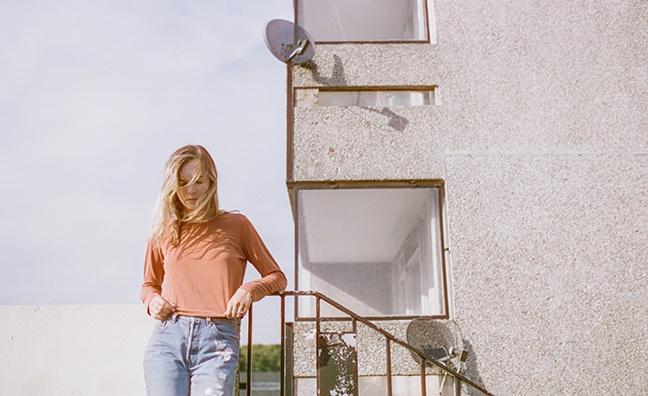 It’s fair to say Amber Bain isn’t having a great morning when she takes Music Week’s phone call. If rain, greyness and the second week of January weren’t grim enough, her morning trip to the studio was blighted by a tube strike, and now she’s broken her laptop charger.

Incidentally, Bain has previous in this area. While recording last November’s Swim Against The Tide EP, she juiced up her computer by temporarily nicking a charger from none other than Robbie Williams, who was working on The Heavy Entertainment Show in the room next door.

However, she won’t be borrowing any of Williams’ pop bombast anytime soon.

“I’ve written quite a few funny pop songs that I’ll probably never release. I went through a stage of being obsessed with Miley Cyrus. I was like, I could do that. I enjoy [writing pop songs] but I don’t find it expressive,” says the 21-year-old.

The Buckinghamshire singer chose to ambiguously name her musical project after a Cornwall holiday home she stayed in as a child (and where she pretended to be a boy for a week) and has so far released three EPs and supported label mates The 1975, most recently on their December UK arena tour.

The band’s singer Matt Healy spotted Bain’s demos while she was studying for her A levels, and drummer George Daniel is her co-producer.

Before Bain’s first press shots were released, she deliberately built a gender-free enigma around her music – which nods to The xx, The Beach Boys and Beach House – playing on her deep vocal register too. Fans still speculate as to her sex.

“I find it funny and strange,” she says. “People comment, Is this a boy or a girl? and my fans call me Amber, not The Japanese House. It’s weird to have your personal identity attached to your job.”

But in other ways, Bain can’t help but attach herself to her music. Every one of her sleepy, rich songs tells a (usually troubled) emotional story.

One song set for inclusion on her debut album, she explains, is about, “seeing someone in a dream that you haven’t seen in a while and won’t ever see again”.

It seems Bain likes her subject matter heavy, exposing personal heartache onto which the listener can project their own emotions.

“I tend to write about loss and relationships,” she says. “I find it hard not to talk about myself in songs all the time, which is why they’re so personal.

It’s a wide brush to paint with, once someone’s listened to a song it’s completely their prerogative to decide what it means.”

And Bain has enjoyed watching her songs take flight, even if the direction is sometimes unexpected. She says that her album and the new EP that will precede it will both take influence from the road.

“Touring so much last year has inspired rhythmical change. I realised the enjoyment you can get out of moving people physically as well as emotionally.

I thought Swim Against The Tide was quite depressing, a song to go to sleep to, but I played it in San Francisco and people were screaming it!”

And, as we leave her to brave the January shoppers, it seems Bain has hit upon an apt description for The Japanese House: sombre songs you can go crazy for.