On The Radar: Yxng Bane 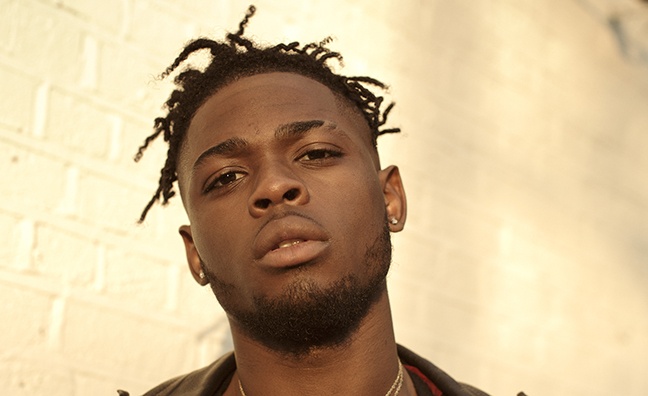 Of course I feel like rock star, I have to. It’s all about breaking the rules and changing the game, which is why I label myself a rock star.” Taking time out from rehearsals the day before the first of two sold out hometown shows, Yxng Bane leaves us in no doubt as to his rock’n’roll credentials. Both gigs, at London’s Omeara, sold out in less than five minutes, and the MC – who takes his name from the Batman baddie and wore a mask until he lost it on a video shoot – seeks to make a seismic impression every time he plays. “You have to get intimate,” he says. “I’ll go in the crowd, a Bane show is all about jumping in the audience, throwing champagne, throwing water… I make sure I can give the fans the best experience they’ve ever had.”

Proof of his abilities can be found on Instagram, where Bane posted a photo of a delirious young fan bellowing along to every word at a recent gig in Woking. Indeed, it was on stage where the 21-year-old rapper, from Canning Town, East London (“Growing up there was living on the edge, you mature a lot faster and learn, brotherhood, loyalty and love”), really began to believe in his talent. “Tinie Tempah brought me out at his gig at Shepherd’s Bush Empire [in February] and I thought, ‘Wow, this could really be something…” he says.

He’s also shared the stage with Afrobeats star Wizkid, at Wireless Festival and the Royal Albert Hall. “Rahhhh, that’s legendary, that place has an aura!” he says, puffing out his cheeks. “I’d seen videos of shows at the Albert Hall and thought, ‘One day, maybe’… And then it happened!” Things started to snowball for Bane in January this year, when he dropped a remix of Ed Sheeran’s Shape Of You, which has now amassed almost 15 million YouTube views. “The reaction was maaad,” he says, excitedly elongating the last word. “I thought, ‘They wanna hear some more, so let’s make some more’.”

More has come in the shape of Diamonds, Top 40 hit Rihanna, latest single Froze and an electric feature on Yungen’s Top 10 smash Bestie (414,340 sales to date). Each song shows a different side to Bane and his personality, something he puts down to his African heritage and coming up in Canning Town. “It’s a multi-cultural place, I might make an Afro-sounding song, a garage song or a grime song, or use different stories or slang…”

Whatever he’s making, Bane keeps two things at the forefront of his mind: growth and success. “It’s about the journey,” he says. “Success means doing it better every single time, waking up and being better than the person I was yesterday. That’s the aim every day.” With that, he’s gone, heading back into rehearsals with the studio door shut firmly behind him. He sounds unstoppable.