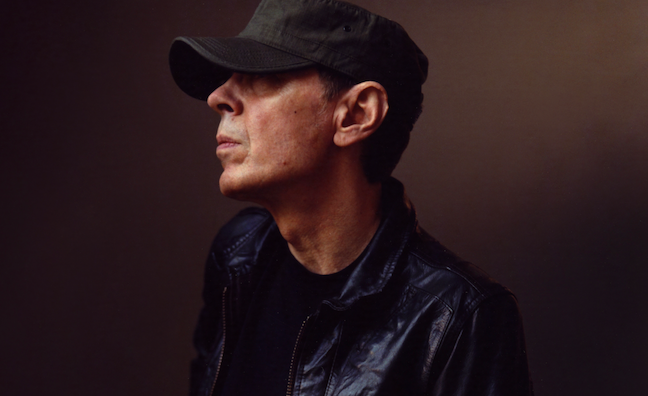 Scott Walker has died at the age of 76.

Walker’s label, 4AD, confirmed the news today (March 25) in a statement, while Radiohead’s Thom Yorke and film composer David Arnold are among those to have paid tribute to the musician, who was born in Hamilton, Ohio in 1943.

The cause of death has not yet been announced and Walker is survived by his daughter, Lee, his granddaughter, Emmi-Lee, and his partner Beverly.

In a statement posted on its website, 4AD said: “For half a century, the genius of the man born Noel Scott Engel has enriched the lives of thousands, first as one third of The Walker Brothers, and later as a solo artist, producer and composer of uncompromising originality.”

The label, which has been working with Walker for 15 years, described him as, “a unique and challenging titan at the forefront of British music: audacious and questioning, he has produced works that dare to explore human vulnerability and the godless darkness encircling it.”

Beginning with Take It Easy With The Walker Brothers in 1965, Walker released eight studio albums with the trio, alongside John Walker (born John Maus) and Gary Walker (born Gary Leeds).

The group enjoyed mainstream success in the UK for the rest of the decade, only for Walker to retreat from the limelight. As 4AD’s statement put it: “The superstar lifestyle and fame was not for Scott”. Walker would withdraw from the music business periodically throughout his career.

His first solo album was 1967’s Scott, the first of a celebrated series of four ‘numbered’ albums. An original score for 2018 film Vox Lux, on which Sia also features, was Walker’s most recent release

According to Official Charts Company data, Walker’s biggest-selling solo album is 1967’s Scott (42,269 sales). The Walker Brothers’ The Collection is the group’s highest seller, with 67,132 sales.

Scroll down for a selection of music industry tributes to Scott Walker.

It is with great sadness that we announce the death of Scott Walker. Scott was 76 years old and is survived by his daughter, Lee, his granddaughter, Emmi-Lee, and his partner Beverly: https://t.co/awaFXWOkja pic.twitter.com/nd6MYVmWaO

Rest in Peace Scott Walker, you strange and wonderful man. Here's where I came in (with thanks to Julian Cope), this record was a revelation and @rocking_bob agrees https://t.co/tOWjfCKerU pic.twitter.com/3t6is8wO9C

So very sad to hear that Scott Walker has passed away, he was a huge influence on Radiohead and myself, showing me how i could use my voice and words. Met him once at Meltdown, such a kind gentle outsider. He will be very missed. https://t.co/v33Ey91hbn

Absolutely saddened shocked by the death of Scott Walker . He gave me so much inspiration so much I owe to him and modelled on him even down to my early S C hair cut and dark glasses .… https://t.co/ux5f9B1rjh

So very sad to hear about Scott Walker.... truly one of the greats.. so unique and a real artist. On my way to work on the first day of recording OK Computer I passed him riding his bike on Chiswick High Street.. and when I got to the studio Thom was holding a copy of Scott 4..

A sad loss, Scott Walker. Every one of his songs sounds like a deathbed lament, so soused in sorrow and mourning. #RIPScottWalker

A particularly sad day for music.
RIP Scott Walker / thanks for being such a game changer.https://t.co/bVOsuK8Q9e

1/2 My heart sank , like it can only do when you hear something you hope isnt true. Goodbye #ScottWalker . Anyone who has ever sung , or written , or aspired to be an artist will appreciate how incredibly important and vital Scott was .

2/2 he could interpret and deliver a song like no one else . He was fearless and pure and driven and magnificent . I was beyond lucky he agreed to sing a song I’d written with Don Black that I still can’t believe he did . R.I.P. #Scottwalker

RIP Scott Walker. I was lucky enough to be working in the same studio as the great man back in 2014. I would often go and sit in the stairwell and listen to that voice reverberate around while he did vocal takes (he didn’t like anyone else being in the room when he was singing) pic.twitter.com/HfmUNLDBG6

Another huge loss to music. One of the most significant singer-songwriters of our era. His un-mistakable voice, innovation & influence. Scott Walker, experimental pop hero, dies aged 76 https://t.co/f0DfGD8C9a

The man with the mahogany voice... Scott Walker. RIP https://t.co/PWwRU6x2lR

rest in peace scott walker. https://t.co/d3T9UrGA1w much love & thank you