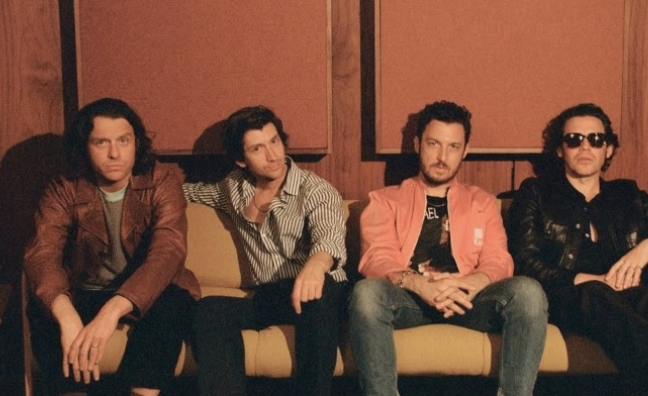 One of the year's most anticipated records has finally been confirmed. Arctic Monkeys will release their new album, The Car, on October 21 via Domino.

The record is the follow-up to 2018’s No.1 album Tranquility Base Hotel + Casino. The Sheffield band’s sixth album powered to the summit with first week sales of 86,359 (OCC). What’s more interesting was that the album broke some records, following an unusual release campaign without a lead single. As revealed in Music Week’s charts analysis, it was the first album ever to sell more than 20,000 copies across each of the three main formats – CD, download, vinyl – in the same week. CD was just ahead (27,681 OCC sales), followed by vinyl (24,478) and downloads (15,679). Sales-equivalent streams accounted for 18,016 sales.

The LP's opening tally meant it secured a new chart record as the fastest-selling vinyl record of the last 25 years, surpassing the 16,164 copies that Liam Gallagher’s As You Were moved in seven days.

The record was eventually broken by Abba's Voyage vinyl sales of 29,891 last year and, in turn, Harry Styles earlier this year.

An official press release stated that The Car finds “Arctic Monkeys running wild in a new and sumptuous musical landscape and contains some of the richest and most rewarding vocal performances of Alex Turner’s career.”

The tracklisting for The Car is as follows:

There’d Better Be A Mirrorball

I Ain’t Quite Where I Think I Am

Sculptures Of Anything Goes

Jet Skis On The Moat

Arctic Monkeys headline the Reading and Leeds Festivals this weekend. You can read our interview with Festival Republic MD Melvin Benn here.