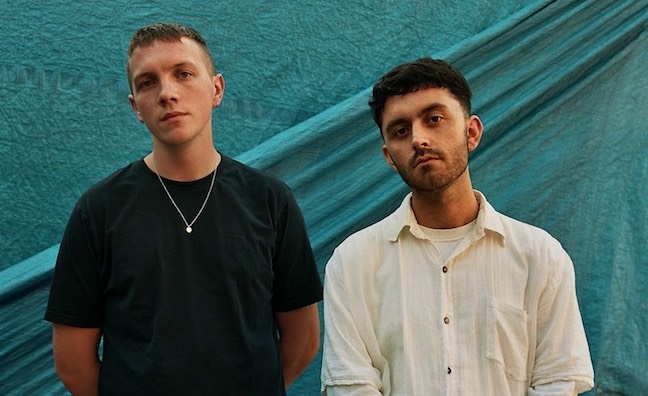 Throughout 2019, four BBC Music Introducing acts will be given the opportunity to record two tracks at Abbey Road Studios. The tracks will be recorded, mixed and mastered by the studio’s engineers and played out to a national audience on BBC Radio.

The first act to head to Abbey Road are Brighton-based Chappaqua Wrestling, as chosen by Huw Stephens.

The duo said: “We are overwhelmed at being able to record in this historic space. There’s not much possible to add to the great CV of this studio already, but we’re ready to give it our best go. Big thanks to BBC Music Introducing and Huw Stephens for selecting us. We can’t wait to get started.”

Stephens said: “These sessions at Abbey Road will be very special. I've invited Chappaqua Wrestling down because they're one of the best new bands I've heard recently, they experiment and have huge melodies, and something interesting going on. I look forward to hearing what everyone records at the studios for BBC Music Introducing.”

DJ Target said: “Having been on both sides of the fence as an artist and a DJ, I know how important having access to a recording studio is. It really doesn't get any more legendary than Abbey Road studios, and I'm super excited to hear what our BBC Music Introducing artists create in their time there. Opportunities like this are once in a lifetime and could be life changing for the artists involved.”

Steve Lamacq said: “To record at the legendary Abbey Road studios is a dream for most musicians and it’s great that Introducing is providing new artists with that experience. I will be selecting a band to have their tracks recorded, mixed and mastered by top engineers with a wealth of experience, and I look forward to hearing what they come back with.”

James Stirling, head of BBC Music & BBC Music Introducing, added: “For over a decade, BBC Music Introducing has supported and nurtured emerging UK artists, providing opportunities across BBC services and at UK and international events. We are very proud to team up with Abbey Road Studios to extend this support to one of the world’s iconic recording spaces.”

Mark Robertson, head of brand at Abbey Road, says: “We’re fortunate to see many of the big names who came through BBC Introducing working at Abbey Road, from George Ezra and Florence to Slaves and Nao, so it’s great that our new studios offer an opportunity to welcome some of the new artists rated by BBC Introducing at a much earlier stage of their career.”