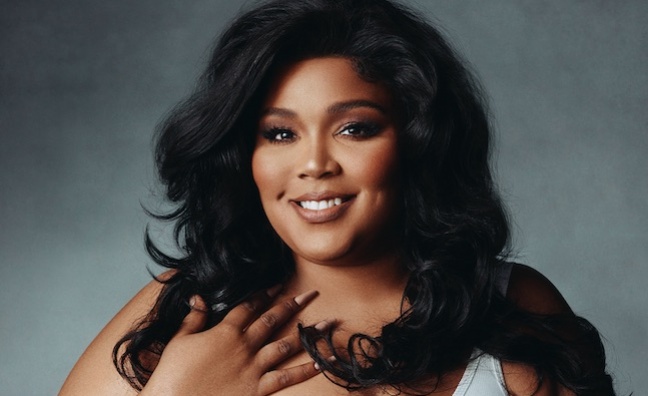 Lizzo’s return is going to plan with a No.1 airplay hit.

The US star is also riding high in the singles chart with About Damn Time, which remains in the Top 5 for a third week. Having peaked at No.4, the single now has sales to date of 153,047 according to the Official Charts Company.

In the latest radio airplay charts from Radiomonitor, Lizzo’s About Damn Time climbed to No.1 ahead of Sam Ryder’s Space Man, George Ezra’s Green Green Grass and previous chart-topper As It Was by Harry Styles. About Damn Time secured 5,028 plays and an audience of 61.50 million for Lizzo to become her first No.1 (Good As Hell reached No.2 and Juice No.5).

Upon release, About Damn Time swiftly made the A list and became Record Of The Week at Radio 2, whose head of music Jeff Smith described Lizzo as an “amazing performer”.

“We don't mess around,” he explained. “We've got everybody back in the room now after the pandemic. We're all talking about music and there’s excitement from the team when stuff comes out. If I can get them all excited about [a track], it will be on the A list. Why mess around if you think a record’s going to be really strong for your audience?”

Lizzo is signed to Atlantic, who triumphed at the Music Week Awards in both the Record Company Of The Year and Promotions Team categories. About Damn Time’s airplay No.1 is another big result for the promotions team.

“When I first heard it, from a Radio 2 point of view I thought it had that classic R&B sound, like Juice,” said Smith. “Funnily enough, last year from Atlantic we had Leave The Door Open, the Silk Sonic track which Radio 2 also led on and that’s become a global hit.

“[About Damn Time] is in that kind of lane. What this music does is it connects two generations [of Radio 2 listeners]: the 30-somethings and the 50/60–somethings, because everybody can get it. I think this track has particularly done that”

Smith suggested that Lizzo is one of a few chart stars who stand apart in the streaming environment led by dance-pop.

“There's maybe a kind of nostalgia for an era people didn’t actually live in,” he said. “I think kids and younger audiences are finding music through TikTok and that's starting to inspire them. That's why we're maybe going to see people dipping into a different sound, because they’re tiring of a constant diet of dance pop and stuff like that.

“I understand that approach works for streaming, but having a range of music really helps for audiences - [at radio] we need that range of music. We need a rock track, a soul track and dance track in our mix because we’re a mainstream music station. So it's just great to see people getting back to proper songwriting and hearing real songs.”

Radio 2 listeners are also comfortable with Lizzo’s in-your-face attitude, which has already won over audiences at the BRITs and, for this campaign, The One Show.

“I think audiences are now aware of people having a certain take on things - and she does, but she's a professional,” said Smith. “She's just done Saturday Night Live.

“When you look at the lyrics of some of the songs, she just pushes things a little bit - but I think artists do nowadays.”