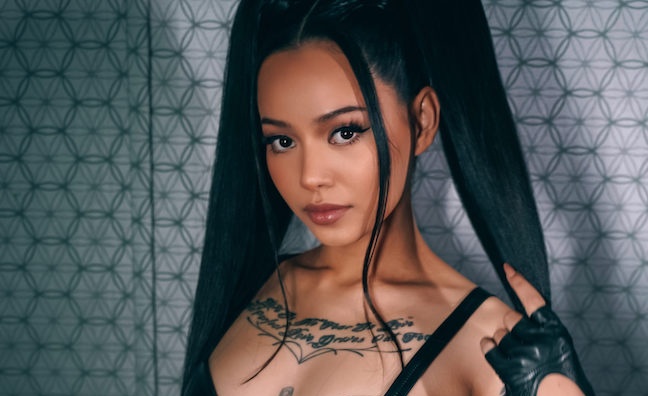 Warner Records has revealed today (May 14) its latest signing as Filipino-American TikTok star Bella Poarch, who joins its roster with the release of her debut pop single, Build A Bitch, out now.

Poarch worked with producer and songwriter Sub Urban on the track, which draws on the public scrutiny a social media star can come up against.

Speaking on the song, Poarch said: “Build A Bitch is about accepting yourself for who you are instead of listening to other people’s ideas of what you should do or how you should look. I hope it helps people to feel more confident and good about themselves, and also reminds them not to judge anyone else.”

The music video is also out now – already surpassing 2.8 million views – and was written by the star and directed by Andrew Donoho with creative direction from Sub Urban. It features fellow friends and creators ZHC, Valkyrae, Mia Khalifa, Dina, Sub Urban, Bretman Rock, Rakhim and Larray.

The singer – who is also a US Navy veteran – currently has over 66 million followers and over 1.5 billion likes on TikTok and is the platform’s third biggest creator, holding the most likes on a single video at 50 million.

More music is set to come soon from the breakout pop star, and you can check out the video for her debut track Build A Bitch below.