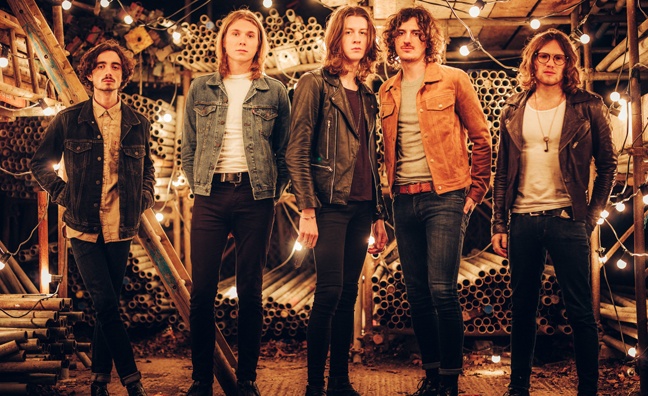 Blossoms have taken the lead in the race to become the biggest-selling debut artist of 2016.

With two weeks to go, the Stockport indie band are out in front of Zayn Malik and Jack Garratt.

A deluxe version of Blossoms’ record – which spent two weeks at No.1 – is now available, featuring 10 additional tracks. The band recently announced their biggest headline show to date, at Manchester’s Castlefield Bowl on July 8 2017.

Blossoms and Jack Garratt feature alongside Ward Thomas in Music Week’s special review of the year issue, out now, in a comprehensive analysis of each act’s breakthrough campaign.

Clive Cawley, managing director of Blossoms’ label Virgin EMI puts their success down to various factors. “It was EPs, touring, merch bundles, album bundles… Fan engagement, I’d say,” he told Music Week. “They’re one of the few artists to have A-List at [BBC] Radio 1,2 and 6. It’s pretty niche to develop them that way.

“We came out in week 28, so it’s amazing to be up there against Zayn and Jack Garratt – who both released earlier – as a brand new band.”

He added: “Jack made a hugely exciting, genre-bending album which is hardly how you’d describe a lot of previous [Critics’ Choice] winners, if you look at Adele, Ellie Goulding or Tom Odell. If anything, what Jack did was show the BRITs attracts a more diverse range of artists."

Read the interviews in full in Music Week’s new edition, out now.