Body talk: Atlantic's top team on Tion Wayne and the first ever drill No.1 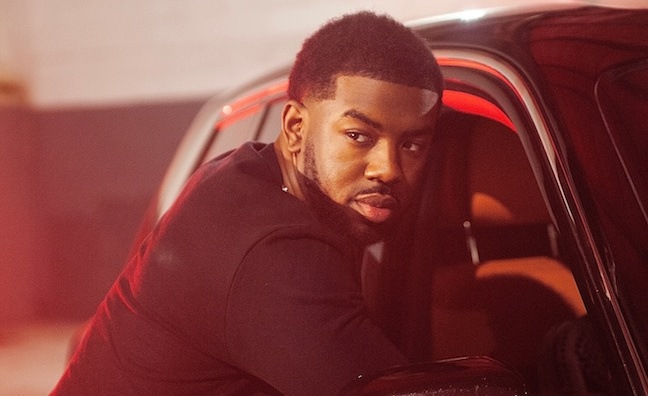 Tion Wayne has long been tipped as a star. Now there can be no doubt about the British rapper’s prospects for a huge 2021.

Body, his latest collaboration with Russ Millions, has soared to the summit where it replaced Lil Nas X. Body had weekly sales of 71,208, a 90.2% week-on-week increase. The single racked up a massive 10,671,658 streams across audio and video platforms in the past seven days. Sales to date are 198,355.

The campaign was boosted by a remix and new video featuring Bugzy Malone, Buni, Fivio Foreign, Darkoo, ArrDee, and E1 and ZT from 3x3.

Atlantic's EVP Austin Daboh celebrated the first No.1 for a drill track in the UK.

“Drill music gives a voice to the youth and it’s an outlet for them to express themselves," said Daboh, "It’s been amazing to watch Body’s explosive popularity rise to a point where it has completely crossed over into the mainstream with this No 1. At Atlantic we’re delighted to have played our part and to have watched the incredible results and reaction to this track. Tion Wayne is a special artist and a huge priority for myself, Ed, Briony and the rest of the Atlantic team and we’re looking forward to building on his, and drill’s, first No.1 record.”

Body is also the first No.1 for Tion Wayne, who’s had a run of hits in the past year, including releases with KSI, Dutchavelli, Stormzy, Mist, Rudimental and Anne-Marie. Tion Wayne and Russ Millions reached the Top 10 in 2019 with Keisha & Becky (954,991 sales).

Here, Atlantic co-presidents Briony Turner and Ed Howard join Austin Daboh and A&R director Rich Castillo to reveal how the track hit No.1 and their huge plans for Tion Wayne…

What does this No.1 result tell us about your overall strategy?

Briony Turner: “One of the things that we’ve prioritised over the last year has been making sure that we have the right people in place to deliver incredible results for every artist across all genres. The hiring of Austin Daboh and Rich Castillo is intrinsic to having the right team in place for our artists in the Black music space.”

Ed Howard: “And while Tion is sitting at number one, we’ve also got Joel Corry in the Top 5, which is a fantastic result following on from Head & Heart. With Ella Henderson, Ava Max, Silk Sonic and Tiesto all Top 40, and Anne-Marie, Birdy, Fred Again.., Laura Mvula, Maisie Peters, Nathan Dawe and others having great moments, we’re seeing success across a variety of genres and with artists at different stages in their careers, which is really exciting.”

Let’s look at the success of the Body campaign. TikTok says this is the biggest UK rap song in the history of the platform - how did the label team help achieve that?

Austin Daboh: “It was all about being nimble and reactive. We had a sophisticated, energetic digital plan that had social media at its core. However, when a 20-second preview of the video was put on TikTok, the ‘Transition Challenge’ caught fire immediately. So instead of sticking to our original plan, we pivoted and followed the audience by blending our original plan with a new plan that had the transition challenge at its core. Our brilliant digital team then stayed reactive across the course of the campaign, leaning into cultural moments, and using the power of surprise and celebrity.”

Body started off on TikTok organically – how did the artists and label work with the platform to build on the phenomenon?

Austin Daboh: “TikTok has been an excellent partner to us, and big up Paul Hourican, David Mogendorff, Toyin Mustapha, Anna Gruszka and the whole team there.

“Tion is still relatively new to TikTok, but he leant in at just the right moment and TikTok were brilliant at helping artist and management understand the power of the platform. The explosive growth on the platform meant we almost immediately had some amazing data being fed through by the TikTok team – and if you’ve got good data, then you can make better reactive decisions. TikTok was excellent at not only feeding us data, but leaning in on their side and ensuring they were supplying the demand of the audience by choosing the right moments to highlight the various clips to the audience.”

What’s the wider streaming strategy for Body in terms of genre playlists and more mainstream/pop playlists? Has drill shown its ability to cross over?

Austin Daboh: “Our strategy was always about leading with culture and not playlists. Whilst we respect the power of big playlists, we knew we had to control our own destiny by creating an insatiable demand that caused an undeniable movement that meant DSPs didn’t have to think twice about supporting.

“Body has broken boundaries in UK rap/drill and is arguably the most explosive organic record we’ve ever seen. Our excellent streaming team took that organic energy and worked hand in hand with the DSP ecosystem, who showed us some amazing support from day one. We’d like to big up our partners Apple Music, Amazon, Spotify and YouTube.”

How much has radio embraced the single – what are the opportunities for airplay?

Austin Daboh: “Drill by its nature will always start outside of traditional media – so we wanted to make sure there was a compelling story for radio to buy into. The song was rocketing up the charts organically and radio reacted to that by leaning in which was great to see. Shout out to the Atlantic Promotions team, led by Damian Christian – they’ve done an amazing job translating an authentic street anthem into something that’s now playlisted on Radio 1, Kiss FM, 1Xtra and others. It’s also great to have the kind of movement that we’re seeing in the airplay charts as it opens up the genre to a new audience.”

Can you tell us a bit about the remix?

Rich Castillo: “The incredible thing about the remix is that it exploded globally without any ‘superstar’ artists. A lot of artists bring superstar names on board for the remix to give it a bit of a security blanket. But we went after a mixture of developing and culturally significant artists that we knew would do the song justice. We managed to record the remix and shoot a new video within a week, which was key as we really wanted to lean into the momentum of the original. The songs are No.1 and No.2 on TikTok and YouTube, and are both in the Top 10 on Spotify, Amazon and Shazam.”

What are the plans for Tion Wayne in terms of future collaborations and an album or mixtape for Atlantic?

Rich Castillo: “We’re incredibly excited for Tion and really feel this is his moment. While we aren’t ready to talk in too much detail yet, we definitely want to create a body of work that speaks for a generation and can sit alongside those other seminal Black British iconic records that are a staple in our culture. Tion’s already been on five Top 10 records, and this is just the start. He’s super ambitious and has always written songs with his audience in mind, so when the time comes, I’ve no doubt music will speak to Black culture globally.

“This is the first UK rap No.1 single since Stormzy’s in January 2020, also on Atlantic, and if you think of the number of amazing hip-hop records that have come out in the last year and a half, then this is a real demonstration that Tion’s not here to play any games.”