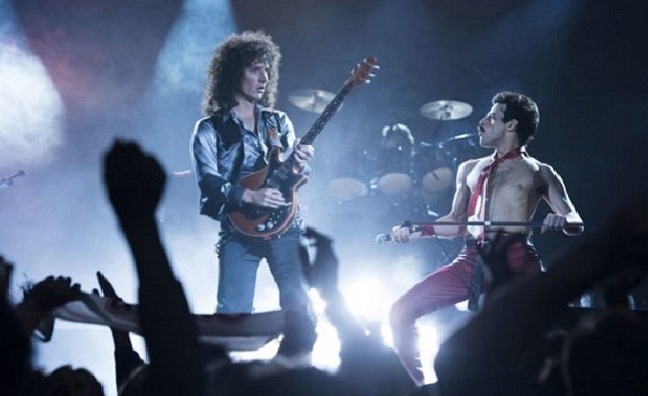 The Freddie Mercury biopic was the surprise winner of Best Film Drama, while its lead Rami Malek was named Best Drama Actor for his portrayal of the late frontman. Queen stars Brian May and Roger Taylor both attended the ceremony.

Dedicating his award to Mercury, Malek said: "This is for and because of you, gorgeous!"

Elsewhere, Mark Ronson, Andrew Wyatt, Anthony Rossomando and Lady Gaga shared the Best Song award for A Star Is Born track Shallow, Gaga's duet with actor Bradley Cooper. It was the movie's only honour on the night despite being nominated in five categories.

In her acceptance speech, Gaga said: "As a woman in music, it is really hard to be taken seriously as a singer and a songwriter," adding that her co-writers "lifted me up and they supported me".

Shallow beat off competition from Kendrick Lamar's All The Stars from Black Panther, Dumplin' by Dolly Parton and Linda Perry (Girl In The Movies), A Private War by Annie Lennox (Requiem For A Private War) and Troye Sivan's Boy Erased (Revelation).