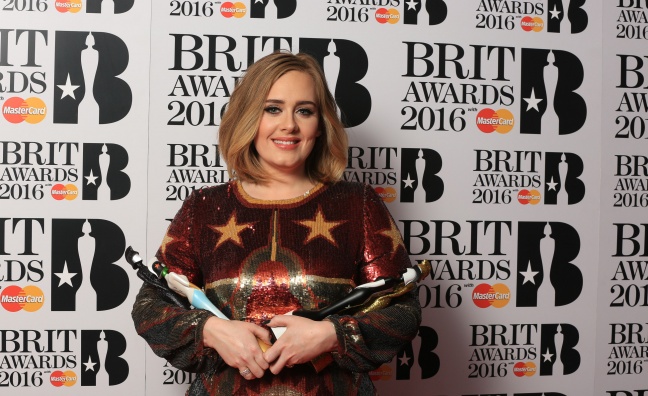 As the Croydon-based BRIT School for the Performing Arts and Technology moves into its second quarter century, principal Stuart Worden outlined his vision for the future.

“This is the place where thousands of artists have been nurtured, encouraged and inspired,” he said. “There are household names on television, in our cinemas, in the West End, on Broadway and on our radios and they have come from here: The BRIT School.”

“Our students have sold over 125 million albums, billions of streams, won BAFTAs, Oscars, BRIT Awards, Grammys and have contributed massively to the creative economy of this country,” he added. “Over the last four years 99% of the students leaving here, have either gone on to higher education or into the creative industries.”

Worden also highlighted a visit by Tim Cook, CEO of Apple. “He said he has seen no school like this in the world,” said Worden. “He saw the school as the future. That is some compliment.”

This is the place where thousands of artists have been nurtured, encouraged and inspired - The BRIT School

The principal added that the school has evolved with the support of the music industry and tech providers, who have resourced a technology strand in the Music course.

“We will always be bold and embrace change,” added Worden. “We are in a confident position because, in the School’s DNA, we are agile and dynamic enough to respond to the fast moving pace of tech and the arts industry. We are the pipeline to feed talent into your companies, to help keep the UK Creative Sector as a world leader.”

Geoff Taylor, chief executive BPI & BRIT Awards, said: “The BPI is proud to have helped to establish The BRIT School nearly 30 years ago when it was just a very ambitious plan. We continue to fund the School through The BRIT Awards and our charity, The BRIT Trust, which has contributed more than £10 million to date.

“The School makes its mark on so much of Britain’s creative output, but, with government cuts to its funding, its ability to keep producing outstanding musicians, actors, dancers and other creative talent is under threat.  That is why it is imperative to map out a new vision for the School’s future that will help to preserve its world-class status. Technology, which is rapidly being shaped by artificial intelligence and virtual reality, will continue to transform peoples’ lives and the School must be allowed to continue all the brilliant work it has done in its first 25 years.”

Creative Industries Minister Matt Hancock said: “We want to keep our creative industries going from strength to strength and it is places like The BRIT School that will continue to produce many more success stories in our thriving music, theatre, television and cinema industries. I want to see The BRIT School success replicated so everyone can nurture their talent and reach their true potential.”

The BRIT Vision event (September 28) marked the school’s 25-year history and generosity of all its supporters. As well as performances by students, almuna Gemma Cairney gave a keynote address.

The BRIT School was founded by the music industry, politicians and a number of supporters.