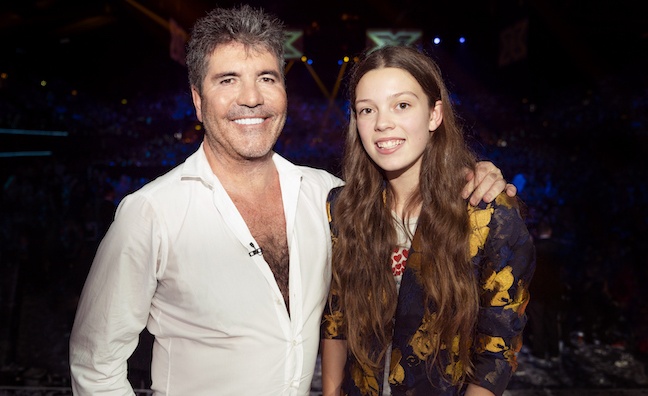 America's Got Talent finalist Courtney Hadwin has signed a long-term recording contract with Syco Music in partnership with Arista Records in America.

The 14-year-old from Hartlepool was one of the stand-out turns on the latest series of the NBC television talent show.

“Courtney is an amazing artist. I will never forget her first audition on the show this year, and now we have the opportunity to work with her alongside Arista - it’s fantastic. We are all really excited about her future,“ declared Simon Cowell, while Arista Records president David Massey was similar pleased with the partnership with Syco.

“Courtney Hadwin is an exceptional talent with a voice and spirit well beyond her years," he suggested. "You can expect the unexpected with Courtney, and the entire Arista team looks forward to championing this next phase of her career alongside Syco Entertainment."

Hadwin, who is currently in the studio working on music for 2019, will appear on America’s Got Talent: The Champions which will feature ...Got Talent acts from the around the world and will be broadcast by NBC in January 2019.

“It feels amazing to be joining Syco and I am super excited and feel so lucky," she said of her record deal, adding having succeeded on the programming covering the likes of Otis Redding and James Brown, she was looking forward to working on new material.

"I've always wanted to work on original songs and to be able to do that with the support of Syco while staying true to myself and the music I like is a dream come true. I can't thank them enough for giving me this chance.”