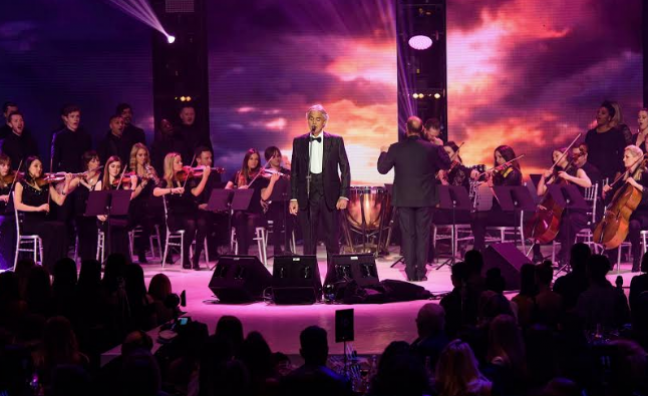 Official figures released by the BPI, based on Official Charts Company data, show that classical music sales and streams increased by 10.2% on the previous 12 months.

The news was announced today on BBC Radio 3’s Music Matters. Presenter Tom Service confirmed that 2.23 million classical albums or their equivalent were either purchased, downloaded or streamed  during this period.

The classical sector outperformed the overall 5.7% rise in UK music consumption as a whole, reported by the BPI earlier this month.

While overall CD sale are in decline, the rise in demand for classical music in 2018 was partly driven by a 6.9% jump in classical CD sales, which still account for nearly 60% of classical consumption.

Ginny Cooper, co-chair of BPI’s classical committee and classical consultant with Proper Distribution, said: “These figures reflect a very good year for Classical music, underscoring a healthy rise in demand for the genre across key formats, which impressively outperformed the growth for the music market as a whole. It is encouraging to see CD and streams thrive alongside each other, showing that collectability and discovery are simply different sides of the same coin, and wonderful too to witness an exciting new generation of diverse, music talent breaking through to pick up the baton and engage with younger audiences.”

Geoff Taylor, chief executive BPI & BRIT Awards, and Co-Chair of BPI’s Classical Committee, said: “This is a dynamic moment in the history of Classical music, with brilliant new artists such as Sheku Kanneh-Mason, Alexis Ffrench and Jess Gillam bursting through to accompany revered icons such as Andrea Bocelli, Yo-Yo Ma and Bryn Terfel. The popularity of soundtracks and new works by composers such as Ludovico Einaudi and Max Richter are broadening the appeal of classical among younger listeners on streaming services.

“There is a tremendous opportunity for sustainable growth if the new digital platforms continue to improve the profile and searchability of classical music, while labels continue to nurture new talent and appeal to collectors through beautifully curated CDs and boxsets. We welcome the Government’s proposals to review music education. Funding and promoting much stronger music education in all schools would deliver benefits across society going well beyond Classical music.”