David Bowie to be honoured on Camden's Music Walk of Fame 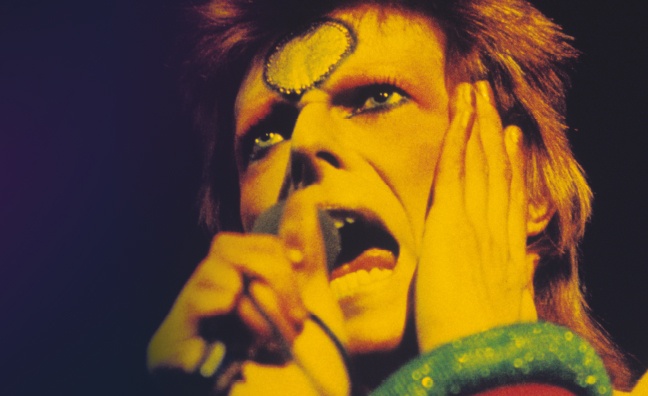 Universal Pictures, Warner Music and London’s Music Walk Of Fame have revealed they will be honoring David Bowie with a stone on the Camden based trail that honours iconic artists.

The announcement comes in the lead up to the global release of Brett Morgen’s Bowie documentary Moonage Daydream, which will play in IMAX from September 16 and in UK cinemas from September 23.

Bowie’s stone, to be laid opposite Camden Town tube station, will join the likes of The Who, Soul2Soul, Madness and Amy Winehouse. It will be unveiled as part of a ceremony on September 15, with friends, collaborators and fans paying tribute to the London-born artist.

The Music Walk of Fame was founded by Lee Bennett, and aims to feature hundreds of artists and personalities, spanning the entire length of pavement from Chalk Farm to Mornington Crescent. The trail is also a virtual museum thanks to the use of AR technology to access artwork, videos and music through the stones.

Lee Bennett, founder, said: “David Bowie is a global influence, one of the ultimate influencers and sooner or later, we had to have him on The Music Walk Of Fame. Our intention is for this to be the highest honour a music figure can receive in the UK and beyond,  the unveiling of David’s stone ensures that legacy. We have huge plans for the future, but for now, let’s celebrate one of the greats of music.”