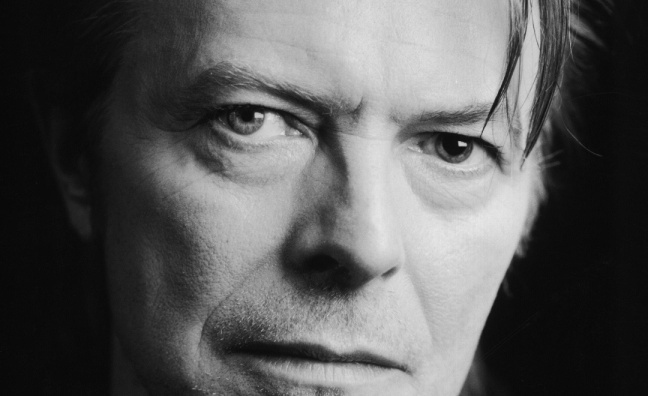 Record Store Day UK has today (March 4) revealed three exclusive, limited-edition releases from David Bowie, U2 and Manic Street Preachers as part of the announcement that War Child has been selected as their official charity partner of 2020.

The three special releases will only be available in Record Store Day participating shops on Saturday April 18 with £1 from every unit sold going towards War Child. Proceeds are expected to exceed £10,000.

Speaking about War Child in an official press release, Manic Street Preachers said: “We first worked with War Child on the release of the ‘Help’ album in 1995 and are very proud to be associated with them. This 2020 Record Store Day event is sure to be the biggest yet and we are always happy to work with War Child on it.”

Rich Clarke, head of music at War Child added: “War Child is working with children and young people in conflict affected areas to change systems and practices that affect them. We campaign on the root causes of?conflict, and we demand that children are at the centre of all humanitarian responses. For 27 years the music industry has been vital to delivering our work from ground-breaking records and innovative partnerships to amazing live shows. That’s why we so grateful to be the official charity partner for Record Store Day 2020 and for the impact this will have for children whose lives have been torn apart by war. Thank you, Record Store Day!”

The full list of this year’s Record Store Day releases will be released on Thursday March 5 at 6pm.

It has never been available on record, and will be released in limited quantities on LP and CD for Record Store Day on April 18, 2020. The cover art for the album will feature a portrait of David by Albert Watson, taken in New York in 1996.

A limited edition 12” featuring mixes of the tracks La Tristesse Durera (Scream To A Sigh) and Roses In The Hospital taken from the bands’ second album Gold Against The Soul. The mixes are by The Chemical Brothers and Ashley Beedle were classic reworkings of the songs. The artwork is inspired by a club promo 12” released in 1994 called Done and Dusted.

‘11 O’Clock Tick Tock’ was recorded with producer Martin Hannett in Dublin’s Windmill Lane Studios in 1980. Originally released in May that year, the song was U2’s first single on Island Records. The 40th anniversary edition includes the full length version of ’11 O’Clock Tick Tock’ and the original 7” b-side ‘Touch’, plus two previously unreleased live recordings from the band’s show at the Marquee in London in September 1980 – ‘Touch’ and ‘Twilight’. It is a 4 track 12” EP, cut at 45 rpm, pressed on 180gsm transparent blue vinyl with full colour gatefold outer sleeve. There is a photo gallery on the inner gatefold.

Last month, The Big Moon have been confirmed as the event’s official UK ambassadors.