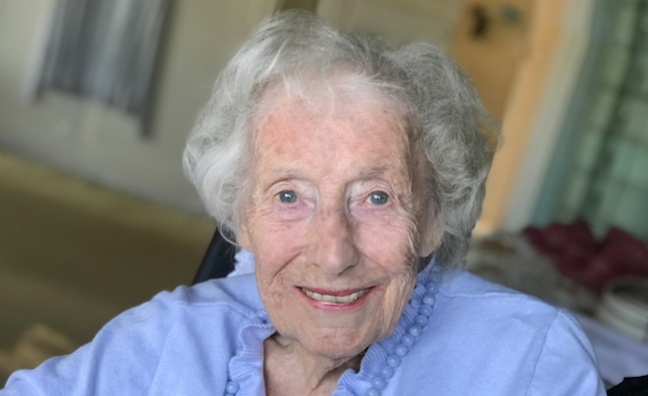 The singer, who raised morale during World War II, had a recording career lasting several decades. Dame Vera also had an enduring partnership with Decca.

A family statement said: "The family are deeply saddened to announce the passing of one of Britain's best-loved entertainers at the age of 103.

In a statement, Decca said: "To say Dame Vera Lynn was a unique entertainer is an understatement. Forever breaking records and making chart history, the singer always had the unfailing ability to keep spirits up during the most difficult times. Famously boosting the nation’s morale during the darkest days of World War II and over the decades, her popularity has never waned. She was perhaps the most beloved of all British female vocalists."

“The golden voice of Dame Vera Lynn will live forever,” said Stainer. “She is the definition of a timeless artist.”

Dame Vera marked her 103rd birthday by releasing a new video for We’ll Meet Again, her signature song which became a lockdown anthem. The Queen referenced the song during her coronavirus address to the nation.

We’ll Meet Again charted for the first time last month, reaching No.55. It has sales to date of 95,701, according to the Official Charts Company. A version featuring Katherine Jenkins also made the Top 75.

Dame Vera Lynn was a strong and inspiring lady who has done so much for Britain. I am so sad to hear of her passing but at the same time so glad to have met her and experienced first-hand her warm, fun-loving personality. Her voice will sing in my heart forever. Thanks Vera. Paul pic.twitter.com/6jugfa1QpN

The incomparable Dame Vera Lynn has left us. Her talent was so very rare and special, her service to this country an inspiration to us all and we shall never see her like again. Thank you, God bless you and rest in peace #dameveralynn

Rest in peace Dame Vera Lynn. Truly a national treasure, and this is such sad news to hear, especially at this time when her iconic song and spirit touched the nation. It was a real pleasure to sing with her - an honour I will treasure forever. pic.twitter.com/FGxSedkSH5

Sending all my love to the family of Dame Vera Lynn who has sadly passed away - it was such an honour to duet with her - a true legend! #wellmeetagain

Dame Vera was born Vera Margaret Welch on March 20, 1917 in London's East Ham. She took her stage name from her grandmother.

From the age of seven, she performed in local clubs and she left school at 11 for a full-time career as a dancer and singer.

In 1935 she made her radio debut with the Joe Loss Orchestra. During the war, she performed for troops in various countries.

London Records released her debut album, Sincerely Yours, in 1949. A string of hits followed in the 1950s, including the No.1 My Son, My Son.