Declan McKenna already at work on follow-up to No.2 album 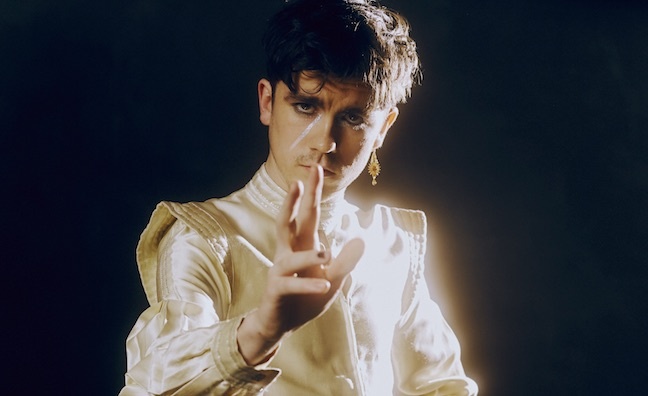 Declan McKenna is already at work on his third album, Music Week can reveal.

The 21-year-old singer-songwriter achieved a chart breakthrough with his sophomore album Zeros (Columbia) this month. After a close chart battle with The Rolling Stones, McKenna finished at No.2 with a first week total of 12,264.

While the campaign for this album continues, McKenna is already busy on new material.

“He’s already sent me five demos,” said Q Prime manager Tara Richardson. “He’s got a studio in his house and if Declan’s got spare time, he writes songs, he doesn’t veg out or go out. Obviously lockdown has been helping with the enforced isolation, but he's always writing. The songs usually come in with full lyrics and the [final] lyrics will then rarely change from the original demo, which is amazing.

“Declan will literally write songs walking down the road, he’s incredible, he's a real talent. There were three songs that didn't make this record that are just as good as everything else on the record. It was a really difficult decision.”

Zeros was a step up from the No.11 chart peak of his 2017 debut, What Do You Think About The Car? Q Prime is partnering with McKenna on a label JV in the US to build his career.

“The plan is that each album gathers more and more momentum,” she said. “It took us three, maybe four albums with Foals in America. With Declan, we always thought it would be album three onwards when it would really start to kick in. This record has definitely helped propel us towards that.”

Richardson said the team at Sony Music’s 4th Floor Creative helped McKenna realise his vision for the artwork on this campaign.

“He wrote Be An Astronaut and Sagittarius A*, and those songs kind of made the artwork,” she said. “Once the demos were done, he decided that he wanted to go a bit space age. There are constant comparisons to David Bowie and, yes, he's a massive David Bowie fan – but he's not the only person that goes into space!”

Richardson, who signed McKenna when he was 16, describes him as the “songwriter of his generation”.

She added; “We have a laugh and a joke sometimes if I call up and go, ‘You've got another bloody A-list on Radio 1’, and he’ll be like, ‘Tara, it’s just good songs’. And that's all it is with Declan, he’s just a prolific songwriter. I think he is the songwriter of his generation. I always have done. I don't see anybody writing songs as lyrically clever as he does at his age.”