Dipple: The industry must make its position clear in light of government changes 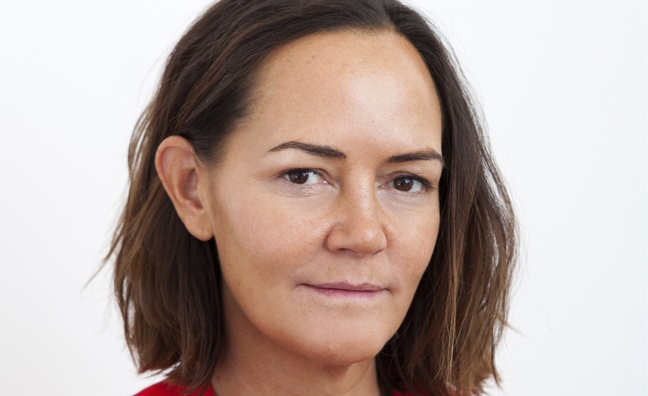 With big changes taking place across Government, UK Music CEO Jo Dipple has called upon the music industry to make its position clear on issues surrounding the digital single market and Brexit.

Following last month’s Brexit vote and the subsequent resignation of former Prime Minister David Cameron, the current UK Government has undergone several major changes. Last week, former home secretary Theresa May was installed as our new PM, and it didn't take long for her to begin ringing the changes.

While big changes were announced across the cabinet, the headline news for the industry was the sacking of culture secretary John Whittingdale, who has been replaced by former minister for preventing abuse and exploitation, Karen Bradley.

News of Bradley’s appointment was shortly followed by news that minister of state for culture Ed Vaizey – a popular figure among the music industry - had left government to be replaced by Matt Hancock.

Now, Dipple believes that the industry needs a strong, unified voice to steer it through this transitional period: “The music industry will have to make its position clear, especially with the negotiations taking place around the digital single market and Brexit,” Dipple told Music Week. “With each seismic change comes a need for us to re-establish and re-confirm what we want from Government. As with the negotiations over Brexit, it is important to see the current situation as an opportunity for the sector. The new teams will want to make their mark and we must help them make decisions in the best interests of a growing, strong, globally important and definitional part of the UK economy.”

With a background in chartered accountancy and a stint at the home office, very little light has been shed on the credentials of Bradley, our new culture secretary. Where she stands on such issues as the BBC – something her predecessor had strong and divisive views on – is as yet unknown, while her social media presence does little to suggest she has much engagement with the sector.

Still, Dipple believes Bradley will be bring the requisite attributes to lead the department and understand its needs, regardless of where she has served in the past.

“Any good politician, whatever their background or interests, will navigate a new portfolio, such as Culture Media and Sport, with skill and dexterity. Bradley comes from the private sector – Deloitte and KPMG – and is part of the May meritocracy. She understands the work of the UK Music Skills Academy, which has undertaken a programme to improve access to the industry and diversity through education, training, apprenticeships and targeted career and mentoring development programmes. She also launched a campaign to find 100 apprenticeships in 100 days in her Staffordshire Moorlands constituency.”

Dipple also says that Hancock will play a significant role in the future of culture and the arts in the UK, despite having to fill Vaizey's boots.

“Matt Hancock is another MP whose background is in the apprenticeship field. His new role as Minister of State for Digital Policy, Department for Culture, Media and Sport is very important. Many music folk will be concerned that the outgoing and long-serving Minister Ed Vaizey will take with him institutional knowledge of our interests.

“The music industry should bear in the mind that the Departmental teams at DCMS, BIS and IPO know our issues well and it is they who will be briefing their new bosses."

“As always, UK Music will work hard to ensure the voice of the sector is as clear as possible at this time.”