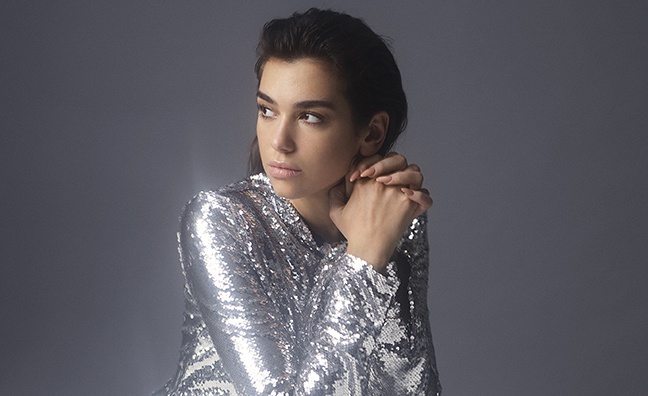 The American Society of Composers, Authors and Publishers (ASCAP) has announced the recipients for the 2017 ASCAP Awards, London, which takes place on October 16 at One Marylebone.

The ASCAP Vanguard Award will be presented to Dua Lipa and rock band The Amazons at the annual celebration of songwriters and composers. Songwriter and record producer Steve Mac will also be honoured at the ceremony with the ASCAP Founders Award and celebrated with a special performance from his recent collaborator Anne-Marie.

Due Lipa’s New Rules is the first single by a solo female artist to reach No.1 since Adele in 2015. She is the 11th most streamed artist in the world on Spotify with 29.5m monthly listeners. Music Week recently revealed how her Glastonbury performance boosted her debut album campaign.

ASCAP President Paul Williams said: “Dua Lipa and The Amazons are two of the most exciting new artists to emerge in Britain over the past few years. They each reached their audiences with skilfully crafted collections of songs which are both rich in emotion and ready for the stadium. Their songwriting talent shines through and we look forward to honouring Dua Lipa and The Amazons at this stage of their flourishing careers.”

Dua Lipa said: “I’m so honoured and grateful to win this award. I’m very thankful for the response to the music and the recognition. Things like this make me work so hard and I just want to make my fans proud. Thank you!”

In a career spanning almost three decades, writer and producer Steve Mac has been associated with 62 Top 10 UK Singles, 30 of which were No.1.

“Steve Mac is an extremely rare talent. In his incredible 27-year career he has written and produced some of the most successful songs of all time with some of the biggest names in contemporary music” said Paul Williams. “Steve's irresistible compositions continue to thrill audiences around the globe and we are delighted to be presenting him with the ASCAP Founders Award.”

Steve Mac said: “I'm deeply honoured to be given this prestigious award. When I read the list of previous recipients, I can’t quite believe I'm being added to this collection of musical heroes who have inspired and helped shape my career.”