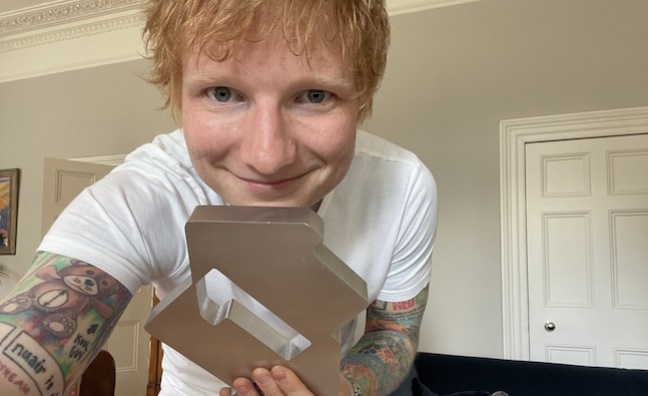 Ed Sheeran’s Bad Habits (Asylum/Atlantic) has debuted at No.1 with 8.7 million streams.

Pure sales helped Sheeran finish ahead of last week’s No.1, Good 4 U by Olivia Rodrigo, which registered 70,517 sales but had slightly more streaming-equivalent sales than Bad Habits (68,716  vs 67,924).

“I want to say thank you so much to everyone that made this happen,” Ed Sheeran told Official Charts. “I’ve been away for such a long time and I really, really don’t take this for granted, this is an amazing thing. Thank you for making me feel the love. Hopefully next week it will be knocked off the No.1 spot by 3 Lions because we’re going to win the Euros. It’s coming home!”

Jack Savoretti topped the albums chart with Europiana (EMI), which opened with sales of 20,594. It follows the chart-topping performance of 2019’s Singing To Strangers (BMG), which has sales of 165,688.