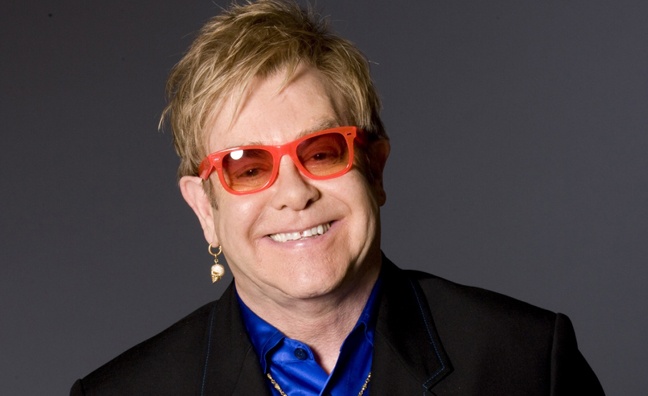 The pair won for I’m Gonna Love Me Again, written for the Rocketman biopic and performed by Elton John and Taron Egerton. While the film was bested by the Queen movie Bohemian Rhapsody at the box office, it received a warmer critical reception.

The long-term songwriting duo were previously nominated in 2012 and 2004. John won the Golden Globe in 1995 for his Tim Rice collaboration Can You Feel The Love Tonight? from The Lion King.

At the Hollywood ceremony on Sunday (January 5), the song from Rocketman beat off strong competition including Frozen 2’s Into The Unknown, Spirit (performed by Beyonce) from the new version of The Lion King and the Taylor Swift and Andrew Lloyd Webber Cats collaboration Beautiful Stranger. Swift’s Globe hopes may have been affected by the critical mauling for the film.

Egerton was named Best Actor In A Motion Picture – Music Or Comedy for his performance as Elton John. The British actor described the film as the “best experience of my life”.

In the Best Original Score category, the widely praised soundtrack to Joker secured the prize for Icelandic composer Hildur Gudnadottir. She is represented by Music Sales for publishing, though the soundtrack was a studio buy-out.

Frozen 2 missed out in the Best Motion Picture – Animated category, which went to Missing Link. But the Disney sequel has become the highest-grossing animated film globally, and its soundtrack is making a streaming impact.

Renée Zellweger won the Best Actress In A Motion Picture – Drama prize for her performance as Judy Garland in Judy. Decca released the soundtrack album, which was recorded at Abbey Road Studios.