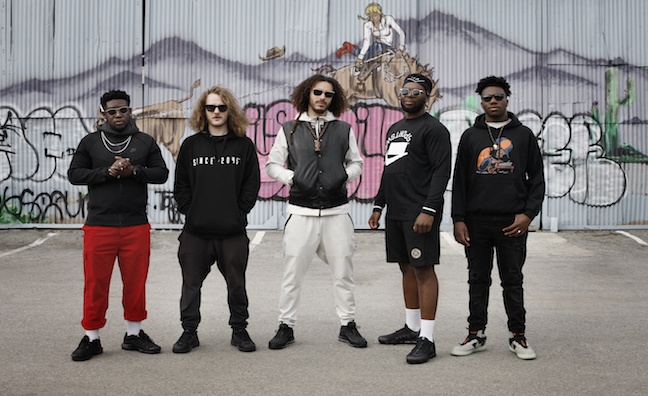 The BPI-run Music Export Growth Scheme (MEGS) has today (January 30) announced the recipients of its latest round of funding.

The BPI confirmed that a total of £261,527 has been awarded to 20 UK acts looking to grow their international fan-bases, including Ezra Collective, Anna Meredith, Black Midi and The Orielles.

The scheme is funded through the Department for International Trade as part of the Government’s Exporting Is GREAT campaign. It is designed to boost British music exports by supporting small to medium sized music companies as they look to build on the potential of their artists in overseas markets, ranging from the US, Canada, Japan, the Philippines as well as a number of European territories.

The full list of artists to benefit in this wave of funding is:

Since its launch in January 2014 MEGS has now supported 262 successful applications with £4,028,634 backing in total.

An official press release stated: “The companies funded estimate a 12 – 1 return on their MEGS investment, which, in turn, has also helped to secure over 50 record deals and a similar number of publishing & sub-publishing deals, 135 synchronisation tie ups, hundreds of live/festival appearances, and TV, radio and press promo opportunities.”

Speaking about the scheme, Liz Truss MP, Secretary of State for the Department for International Trade, said: “The UK music industry is one of the UK’s greatest British exports, bringing millions of pounds to the UK economy each year. I am proud my department is supporting UK artists break into new markets across the globe via our Music Export Growth Scheme, helping to foster new talent and ensuring the UK remains a world leader in music.”

Chris Tams, BPI director of international added: “The Music Export Growth Scheme has become an amazing success story for British music and acts overseas, providing invaluable and timely support that can help to make all the difference to artists who are on the verge of an international breakthrough.“

Applications for the next round of MEGS funding are now being received. Deadline for applications is the February 3.