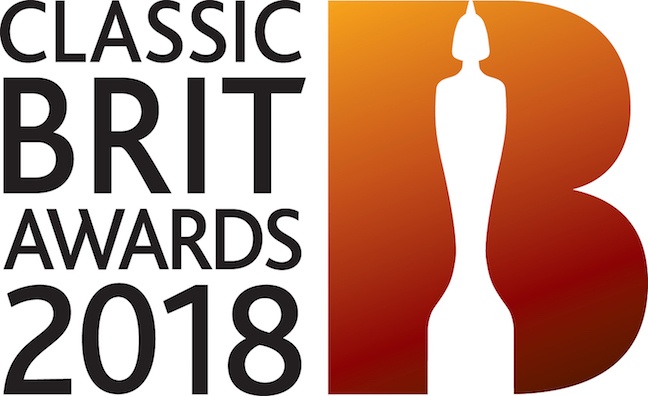 With the success of Michael Ball & Alfie Boe, The Greatest Showman phenomenon and Sheku Kanneh-Mason's royal appointment, these are heady days for classical music.

The genre's resurgence is reflected in the return of the Classic BRIT Awards for the first time in five years. Held last night at the Royal Albert Hall, it hosted the likes of Andrew Lloyd Webber, Dame Shirley Bassey and Sarah, Duchess Of York, who presented Andrea Bocelli with the Icon award alongside Sarah Brightman.

The pieces were in place for it to serve as another significant bookmark in its progress, but did it deliver? Here are Music Week's key takeways from the event...

Special Recognition Award winner Andrew Lloyd Webber and Male Artist and Critics' Choice Sheku Kanneh-Mason were both singing from the same hymn sheet with their acceptance speeches. Lloyd Webber used the opportunity to speak out against the funding cuts that threaten the future of music education.

"It is vital that we keep music in our schools, absolutely essential," he said. "It is absolutely ludicrous that the government does not understand how important it is to keep music there because it’s not about turning children necessarily into musicians, it’s about empowering them in all sorts of different ways. in accepting this award, I just say thank you to everybody who has made it possible for me. But if it wasn’t for the fact that the Royal College Of Music, down the road from here, was free when I was a kid, I might not be standing here now."

Kanneh-Mason said: "Having the opportunity to have been supported from my school in my music is so special but I think many children like me won’t have had even nearly those opportunities and I think that is one of the saddest things to see because I think the skills I’ve learnt from learning an instrument, of hard work, dedication and most importantly listening, are things that would make this world a better place."

Kanneh-Mason wasn't the only double winner on the night, Michael Ball & Alfie Boe, who kicked off the evening with a West Side Story medley, took home the Group Of The Year and Album Of The Year prizes. "This was supposed to be a solo album for myself but Michael broke into the studio," quipped Boe. "There’s only one way I can thank this guy," responded Ball, planting a smacker on the lips of his partner in crime, "I bloody love him."

It is vital that we keep music in our schools, absolutely essential. It is absolutely ludicrous that the government does not understand how important it is to keep music there

Vera Lynn became the first 100-year-old to ever enter the UK charts last year when her Decca-released 100 album reached the Top 3. Her daughter, Virginia Lewis-Jones, collected the Lifetime Achievement award on her behalf at the ceremony, but passed on a message from the Forces' Sweetheart. "I was very surprised and happy with this award," she said. "With so many years in showbusiness, which I have enjoyed very much and that has given me the opportunity to meet and work with some great fellow artists, something I would never been able to do if I hadn’t been in my profession."

The Classic BRITs were well stocked with starpower in terms of talent (Andrea Bocelli, Sir Bryn Terfel and Katherine Jenkins, to name but three), but also presenters including the legendary Dame Shirley Bassey and Nile Rodgers, while music royalty met actual royalty when Bocelli received his Icon award from Sarah, Duchess Of York.

The success of younger acts such as Kanneh-Mason and Breakthrough Artist Of The Year Tokio Myers, as well as the Sound Of Classical poll winner Jess Gillam, highlights why classical is in such a healthy, vibrant place right now. The future is in good hands.

See you again next year then?

Though the Royal Albert Hall was not sold out, how the TV audience responds to Sunday's broadcast could be a bigger factor in whether the event is re-established as an annual occasion. Regardless, the Classic BRITs was a smooth, classy production that is deserving of an encore, at the very least.

You can read the full list of winners from the Classic BRITs 2018 here.