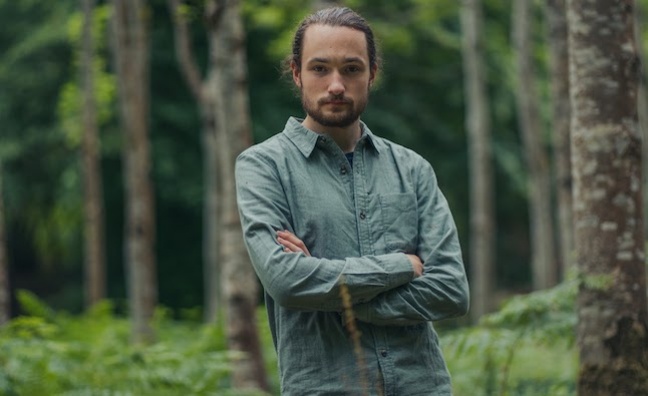 The 2023 Scottish Album of the Year (SAY) Award has been awarded to 25-year-old Scottish pianist Fergus McCreadie’s album Forest Floor.

McCreadie, who was also nominated at this year's Mercury Prize, was named winner of the the £20,000 prize at an exclusive ceremony in The Albert Halls, Stirling. Seonaid Aitken accepted the prize on his behalf.

In the award’s 11th year, Cocteau Twins were also recognised, picking up the Modern Scottish Classic Award for Heaven And Las Vegas, while Berta Kennedy won the Sound of Young Scotland Award and a funding package worth up to £5,000 to support the creation of her debut album.

McCreadie said: “I’m absolutely honoured and thrilled that Forest Floor has been selected as this year's Scottish Album of the Year. I’m really proud of how the trio comes across on the record and it’s such a privilege for us to have that recognised by the SAY award panel. I’m also so excited by what this can do for Scottish jazz – we’re the first jazz act to win the prize and I really hope we won’t be the last.

"Scottish jazz is full of incredible musicians and bands that I respect so much, and I really hope this will be only one step of an incredible journey for a scene which truly punches above its weight. All that to say, thanks so much to the SAY Award and the panel, to David and Stephen for their incredible musicianship and friendship, to all my fellow musicians in Glasgow for their support and to you, the audience, who make it happen for us. I will always be grateful to make and play music.”

Held for the first time in Stirling’s Albert Halls, the ceremony was co-hosted by BBC Radio Scotland presenters Nicola Meighan and Vic Galloway.

Robert Kilpatrick, creative director of the Scottish Music Industry Association (SMIA)/The SAY Award, said: “Fergus McCreadie is not only at the forefront of Scotland’s jazz scene, but he’s a shining example of someone who’s making some of the most exciting and innovative jazz music worldwide. With a Mercury Prize nomination and a SAY Award win now under his belt, 2022’s been a phenomenal year for one of Scotland’s most exciting talents, and firmly places Forest Floor as one of the defining records of this year.

"A huge congratulations also to Berta Kennedy on winning this year’s Sound of Young Scotland Award, and to Heaven Or Las Vegas by Cocteau Twins for winning the Modern Scottish Classic Award for one of the most magical Scottish records of all time.

"On behalf of the SMIA, I’d like to thank all involved who make The SAY Award happen. As our industry continues to navigate challenging times, prizes like SAY and the financial and promotional support they offer are more vital than ever.”

Iain Munro, CEO of Creative Scotland said: "Huge congratulations to Fergus McCreadie and to all of the incredible albums and musicians that made up this year’s shortlist. The SAY Award not only celebrates and recognises the achievements of some of Scotland’s finest musicians but also brings these fantastic albums to the public’s attention. Fergus is one of Scotland’s most exciting young musicians and a rising star of the UK jazz scene, as reflected in his recent Mercury Prize nomination and now this accolade. Many congratulations.”

For the second year, the winner of the Modern Scottish Classic Award was chosen by 2022’s longlisted artists, recognising an outstanding album from Scotland’s past that still inspires music being made today. The winner was 1990's Heaven Or Las Vegas by Cocteau Twins.

Accepting the award remotely, Robin Guthrie, a founding member of Cocteau Twins, said: “Some 40 years ago, Cocteau Twins played our first ever show in what was then a nightclub called Le Clique, just 500 metres down the road [from Albert Halls]. We were teenagers, we had six songs, we didn’t know much. There wasn’t the type of support the Scottish music industry now brings – but we stuck at it. Fast forward to 1989 and the stars aligned with a new studio, Elizabeth was a wee bit pregnant, and we were very slowly becoming adults. The soundtrack to this time we recorded as Heaven Or Las Vegas. I’m really pleased to accept the Modern Scottish Classic Award on behalf of myself, Elizabeth and Simon. We’d like to thank the award’s longlist who chose to recognise that this album should become a Scottish icon.”